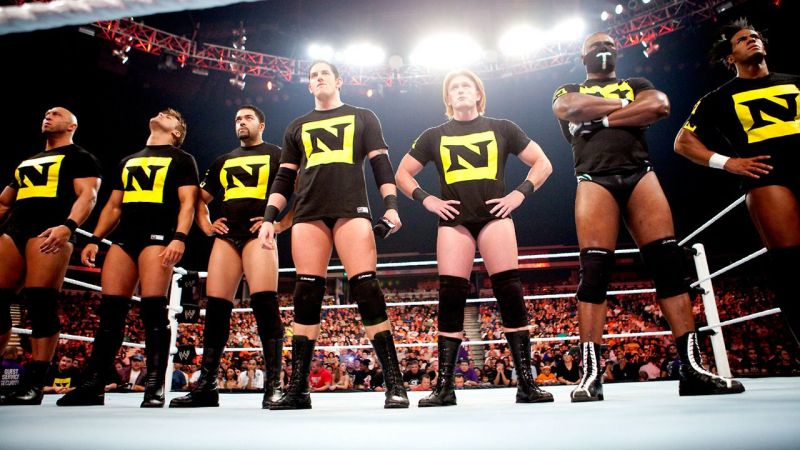 Heath Slater was a recent guest on Pro Wrestling Junkies, where he participated in a live Q & A session.

Slater opened up about certain details of his experience in WWE, including the rumor that John Cena was responsible for shutting down the Nexus angle.

“I’ll tell you this much,” Heath started, “I’ve had so many people ask me that over the year. Honestly, I’m not sure if it’s 100% fact, but I could comfortably say it’s a 95% fact. The whole time we were there, we were going over. We were playing to win. Edge and Jericho basically came up with that whole match. They planned it all out and had where it was, how it should be, where I think the last one left was Wade. And then the next thing you know, 4 hours later, it was just not happening that way.

“We were young,” Heath continued. “We didn’t know. Looking back at it now, if we would have took over SummerSlam and ran it to ‘Mania, and had some super group come and let them destroy us – they should have put it in jeopardy and really made people believe that we were a threat, and want to see some group come in and beat us. They just cut it off when we were almost to the peak of the mountain.”

Although Heath openly admitted to believing Cena was mostly responsible for burying Nexus, he did credit Cena as being one of his favorites to work with during his time with WWE.

“There’s so many, to be honest,” Heath said. “Even down in developmental, I loved working with Trent Baretta. When I’m tagging with Rhyno or whoever, The Usos were amazing to work. When I was doing singles, Apollo Crews was really fun to work. So was Kalisto, those guys. Randy Orton was incredibly easy to work because he’s just so smooth in everything he does. John Cena was another one that was really easy to work. There’s so many different levels so to speak, and each one has great guys to work with.”

“My whole idea was once the One Man Band thing ran its course, I wanted them to give me a band,” Heath said. “I told Michael Hayes to give me a band like Freebirds, and he was all over it and wanted me to pitch it. My idea was Fandango, EC3 and Ambrose, or Mox now. Those were all guys that just weren’t doing anything at the time. It was one of those things that they said they had stuff in mind for Fandango and Mox, but they absolutely shut down EC3.

“Next thing you know, it was at a RAW and they told me I get my band today,” Heath continued. “When I asked who it was going to be, they just said they’d tell me later. Then I find out later that they put me with Drew and Jinder. Jinder was more neutral, but Drew was pissed. He didn’t want anything to do with it. He’s always wanted to do the types of things that he’s doing now, but he came around, and gave it a try, and it ended up being two good years of entertainment.”

One stretch of his run was devoted to being beaten up by legends. It was a run that a lot of fans enjoyed and found entertainment in, and Heath revealed that he thoroughly enjoyed getting to work with the legends of the business.

“That legends run, I feel like being in the ring with Piper and Cindy Lauper was really cool,” Heath said. “Being able to reenact the whole shattering of the gold record and all that was so cool. I’m such a huge fan of Piper and his promos, and how he’s so wild and crazy. You just never know what he’s going to do next. My mom was always into Cindy Lauper, so it was just really cool to have her smash that thing over my head, and she was kind enough to sign the gold record and send it to me. It was so surreal because I grew up watching these guys and then I’m in the ring working those guys.

“I never thought about who I wish they would have brought in to work with,” he continued. “I guess it would have been really cool to take some Sweet Chin Music from Shawn Michaels. I could have interrupted him and had him get his little sweetness in and do his dance. I’m a huge fan of Shawn. It would have been cool to work with Bret Hart, too. I’m a big fan of his as well.”