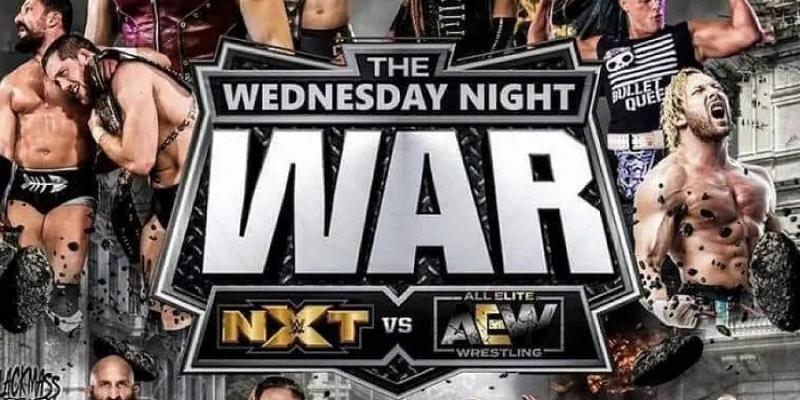 As noted, the next two weeks of NXT will be moved to Tuesday night on the USA Network due to NHL Playoff coverage.

However, fans who still want to watch the show in it’s regular timeslot on Wednesday night can do so by tuning into the SyFy Network, one of the networks that falls under the NBCUniversal umbrella.

Dave Meltzer noted on Wrestling Observer Radio that WWE didn’t want AEW to go without any wrestling competition and this is why there will be encore showings of WWE NXT on Wednesday’s.

Meltzer also mentioned that AEW somewhat did the same thing as when Dynamite took place on different nights over the past two weeks on TNT, they aired last year’s All Out pay-per-view event in two parts on their YouTube channel in order to go up against NXT.

“Yup, yup, they can’t let them go unopposed. Meltzer brought up how it was told him when it was revealed that the USA Network would be airing the NHL Playoff game this coming Wednesday and moving NXT to Tuesday night, they couldn’t let AEW go without competition.

“I asked somebody there and it’s like ‘we can’t let them go unopposed,’ you know what if? I think that there’s a feeling that if the number gets too big, people will look at them a different way and to be fair, AEW for the last two Wednesday’s, put on the pay-per-view, but they put it on YouTube, and it was not competition at all.

I don’t know that a re-run on Syfy going head-to-head is really going to be major competition to AEW, but the fact that they’re putting it there tells you, you know both sides, you know whatever, you know it’s like they can’t, you know they can’t let it go unopposed. Neither side did when it comes to this, they’ll say they’re just doing it for themselves, but clearly you know clearly there’s competition head-to-head.”