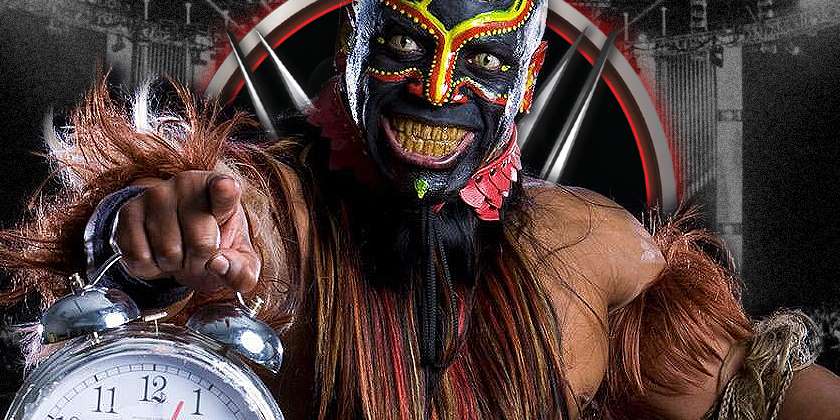 The Boogeyman was last a full-time WWE talent in 2009 but he’s made several one-off appearances since then.

He usually returns for special events like the Slammy Awards or anniversary shows, and he revealed that he’s still under WWE contract when he joined The Ryback Show.

“Yeah, I’m still under contract – still under the Legend’s Contract,” Boogeyman said before recalling the last thing he did with WWE.

“They had me going down [to Florida]. Myself, Mark Henry, Ricky Steamboat, Nia Jax, Jimmy Hart – we sold [WrestleMania 36] tickets at the Tampa Stadium down there prior to the pandemic. So, that was my last thing with them. But as far as TV-wise, it was the RAW 25th Anniversary.”

In terms of uniqueness, the closest thing to The Boogeyman’s gimmick in present-day WWE has to be Bray Wyatt as The Fiend. Some fans have clamored for the two of them to lock up, and Boogeyman discussed wanting to work with Wyatt.

“Bray Wyatt is a cool dude. I would love to work with him, and he plays The Fiend character so f—ing well,” stated Boogeyman. “So freaking well, man. He does a great job, and I actually liked him before the mask. He’s a good dude, and it would be a great thing working with him because I will totally play off him and vice versa when you have those two types of characters.”

A running joke in WWE was that anytime The Boogeyman would attack someone and stuff their mouth with worms, there was a good chance that would be the last time we would see that character. Many of those talents would get future endeavored right after. Boogeyman was asked about working with people right before they would get terminated.

“I don’t know if that was the case, but I kind of started taking notes of only guys wrestling me and getting fired. And if you recall, there was a production meeting one time and Vince gathered everybody around the ring and had me in the center of the ring,” said Boogeyman. “The first degree of The Boogeyman and the whole bit he said, ‘You see that guy? You see that f—ing guy? God da–it, he eats worms for Christ’s sake. Everybody on this roster better fear him! And Boogeyman, God da–it, I give you permission to make them fear you if they don’t fear you!’

“It was everybody in talent. They were around the ring and he’s got Big Show, Taker, all the big names, Benoit. That was the list of people. So, I know Vince had big plans for The Boogeyman.”

As he mentioned, The Boogeyman’s last appearance was at RAW’s 25th Anniversary show in January 2018. That show opened with a Stone Cold Steve Austin promo where he gave a shoutout to The Boogeyman. That was unexpected but much appreciated, and The Boogeyman recalled that acknowledgement.

“He gets on and cuts his promo, and I’m standing out there. And I wouldn’t think that in a thousand years, he would say, ‘Yeah, Boogeyman, this and that’, and that was huge for me! That was huge for me, for him to bring that up in his promo and in front of everybody. Real recognizes real, and he’s a real guy. So that was real enough for him to even announce me in his promo, and I’m standing there with a long list of Hall of Famers. And for him to mention that to me and put me over on a national f—ing stage, I mean, that means a lot to me,” revealed Boogeyman.