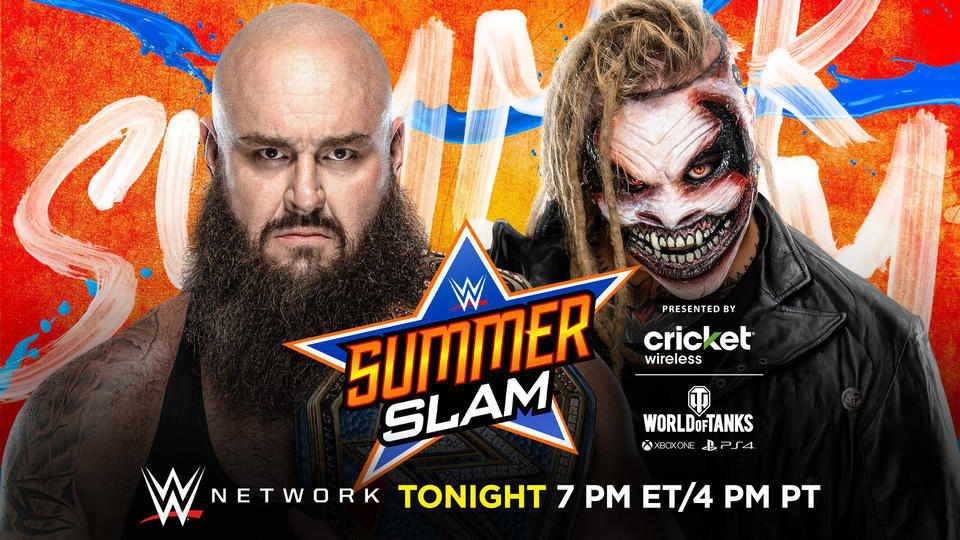 Wyatt took control early on and hit Strowman with a tool box. Strowman trucked Wyatt through the barricade. The champion slammed Wyatt onto the broadcast table and hit him with the steel steps. Strowman hit a running powerslam, but Wyatt kicked out. The fight spilled to the backstage area. Wyatt hit Sister Abigail for a two count. Wyatt smacked Wyatt’s head off the entrance video board.

The challenger locked in the Mandible Claw, but Strowman powered out of it. Strowman hit another powerslam for a two count. The champion got a boxcutter and cut the ring’s canvas. He ripped it up to expose the hard wood surface. The Fiend slammed Strowman onto the wood and dropped him with a second Sister Abigail. A third Sister Abigail on the exposed wood earned Wyatt the win.

After the match, Roman Reigns finally returned to WWE in a shocking conclusion. Reigns speared Wyatt and repeatedly hit Braun Strowman with a chair. “You can’t handle the responsibility,” Reigns yelled at Strowman. The Big Dog speared Wyatt again, grabbed the title, and said, “This is mine.”

Reigns had been absent since before WWE WrestleMania 36, where he was scheduled to face Goldberg for the WWE Universal Championship. Strowman replaced Reigns in that match and defeated Goldberg to win the title. Since then, Strowman had been the face of WWE Friday Night SmackDown.

Roman made it known to The Fiend that he is just a freak with a mask on and that this title has always been his and The Fiend will be Roman's Bitch soon #RomanReigns #TheBigDog #Summerslam pic.twitter.com/3jSqoFkocF