On This Week’s WWE SmackDown, Cesaro picked up a victory over Seth Rollins via disqualification after a steel chair was used during the match.

Afterwards, Rollins continued to assault Cesaro — focusing mainly on Cesaro’s neck, in an attempt to send a message to Edge. Rollins stomped out Cesaro and even applied Edge’s Glasgow Grin submission, which brought Edge out to the ring to make the save.

During today’s Talking Smack, a storyline injury update was given on Cesaro after he was evaluated by the WWE medical staff,

Cesaro sustained a cervical strain from Rollins’ attack. It was not said if he would miss any action.

Rollins and Edge are set to meet against on next Firday’s SmackDown at Madison Square Garden.

Injury Update On Cesaro After Brutal Attack From Seth Rollins 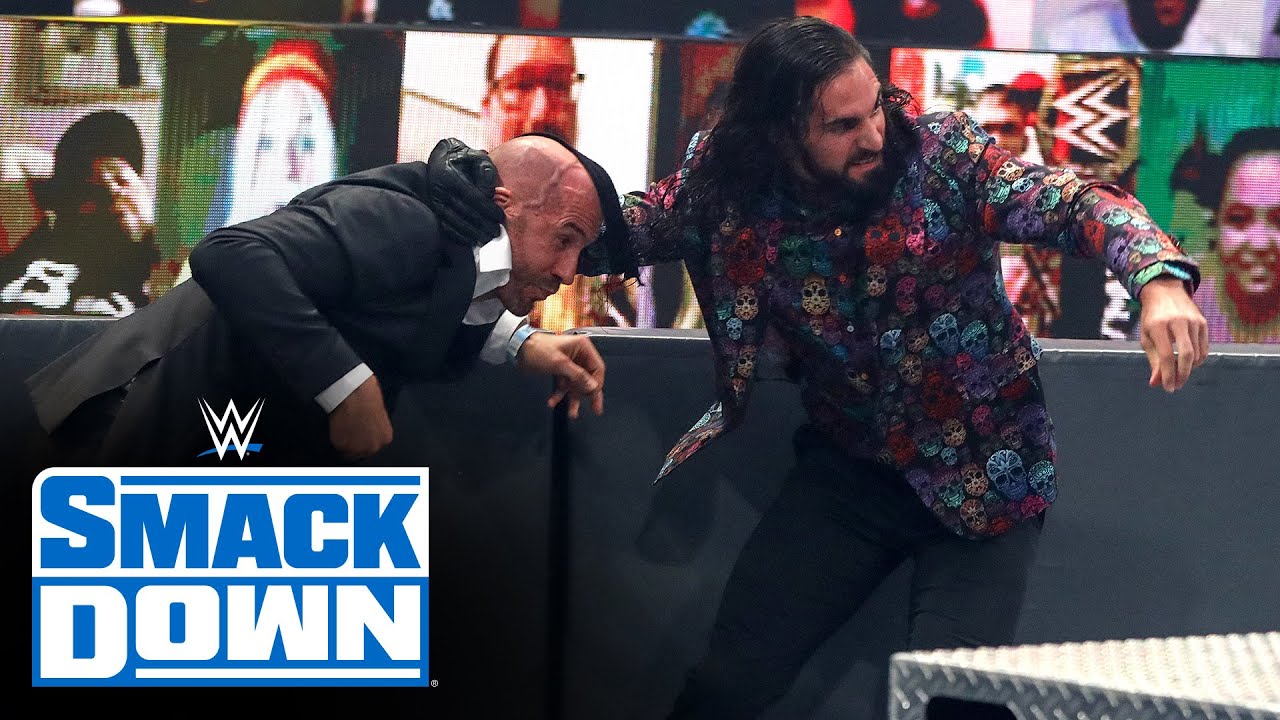 Cesaro Stretched Out After Brutal Attack From Seth Rollins