During the segment, Marie belittled Lilly and threatened to have Doudrop trash Bliss’ doll in a trash can. Marie then said she had no intention to waste her time with Bliss or Lilly. Just as she began to leave the set, Marie took a fall, apparently due to Bliss or Lilly’s superpower.

Bliss appeared on RAW Talk and explained whether she was responsible for Marie taking a tumble.

“Nah, she’s just clumsy. I didn’t do anything to make her fall,” Bliss responded. “She just tripped over, maybe from the high horse she’s been on. She’s a little delusional that one.”

When asked to comment on Marie repeatedly insulting Lilly, Bliss sent out a stern warning to the leader of the Eva-Lution.

“People say silly things all the time. I actually feel bad for Eva,” Bliss said. “She obviously doesn’t know what happens when you say mean things about Lilly. But she’ll find out. Soon enough.”

Meanwhile, Marie took to Twitter to react to the segment. The tweets can be seen below.

It appears WWE is building toward a Bliss vs. Marie or Doudrop match for SummerSlam 2021. 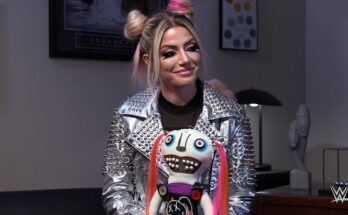 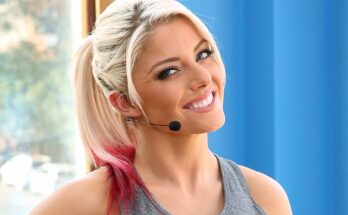