Elektra Lopez New Bikini Photos – As noted, Elektra Lopez made her NXT debut last week in a losing effort against Franky Monet. No matter what, the former Karissa Rivera captured fans’ attention, for both her skills and stunning body.

While we still don’t know if she’s going to have a bright future as a wrestler, apparently Elektra Lopez wants to attract attention by posting some new bikini photos on her Instagram page. Lopez new photos got over 10k like and her followers numbers are rapidly increasing!

As noted, Elektra Lopez signed with WWE back in February. She was a part of the same Performance Center class that included Franky Monet, Bronson Rechsteiner, Gigi Dolin, and LA Knight. She is also the daughter of former WWE enhancement talent superstar Steve King who wrestled in WWE between 1976 and 1984. She was billed in WWE as being from San Juan, Puerto Rico.

Lopez previously wrestled against Lacey Evans under the name Karissa Rivera on NXT in 2018. Later, she would team up with now AEW Star Kris Statlander and form the Brooklyn Belles. The Brooklyn Belles faced The IIconics in WWE and wrestled for the WWE Women’s Tag Team Championships.

The IIconics defeated them, but they still impressed. Prior to their match against Billie Kay and Peyton Royce, WWE claimed that The Brooklyn Belles had a 45-0 undefeated record. Unfortunately, it didn’t last after their match against the champions.

But as Elekra Lopez said on her instagram post, it’s time to spice things up a bit, so here are her new bikini photos: 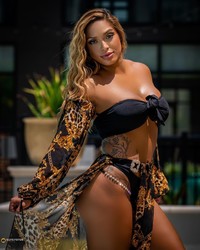 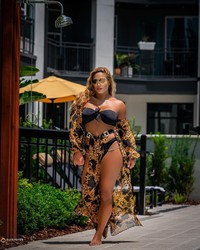 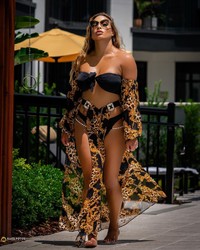 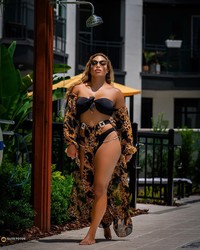 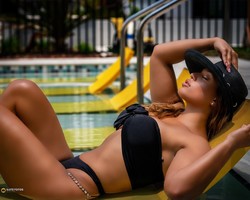 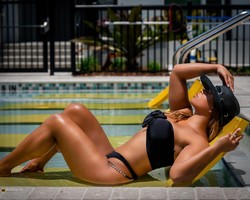