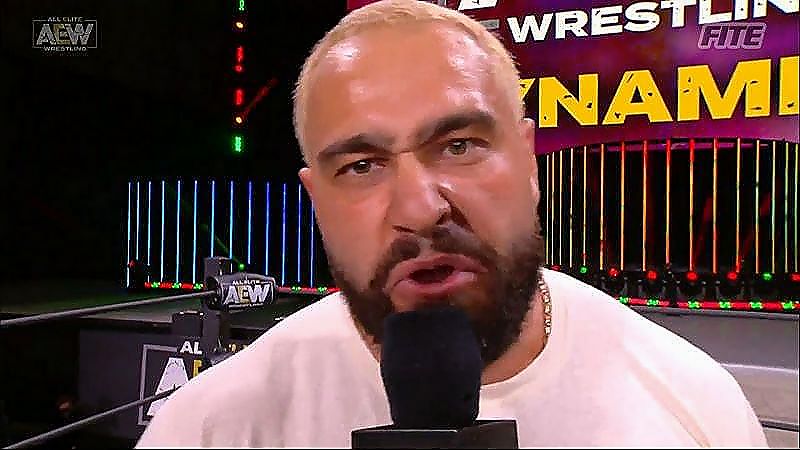 Miro, fka Rusev, sent shock waves across the wrestling world last night, appearing on AEW Dynamite and cutting a passionate promo in which he took several potshots at WWE.

After being revealed as Kip Sabian’s best man for the upcoming Sabian-Penelope Ford wedding, Miro mentioned how he was finally free after spending 10 years “under the same house, under the same glass ceiling, after an imaginary brass ring,” asking his former employer to “take that brass ring and shove it up your ass.”

A few hours into his debut, Miro released a video on his YouTube channel and explained the reasoning behind his choice of words.

“I absolutely meant every word of that promo. For 10 years, I was constantly told about an imaginary brass ring, that I already told you what to do with. This was not just a promo, but my actual feelings,” said Miro.

Miro admittedly spent most of Wednesday wondering what to say during his AEW debut.

“Over the past few days, I was trying to keep myself numb, trying to tune out all the emotions I was feeling. The closer I got to tonight, the more excited I got. All day, I went back-and-forth with my thoughts, thinking what I should say in my promo.

“[Thankfully] Everything worked out well, and today is a special day because it is the best day ever. The Best Man name is not a gimmick. I really do feel like I’m the Best Man, the best professional wrestler in the world,” added the former WWE U.S. Champion.

Miro took another shot at WWE, noting how AEW actually has real fans in the arena.

“There are about 95,000 people here that I’ve never worked with. With that being said, everybody here is so nice and receptive, and I am really excited. Also, unlike the other place, in AEW, we actually do have a crowd. We had about 1,000 people [at Daily’s Place] and its such a fantastic feeling being in front of them.

“When I stepped out there, I truly felt goosebumps. I was really happy to see Billy Gunn in the crowd. Billy was my trainer [in WWE] and it was a great feeling to know he’s here. He was so happy to see me, and seeing him smile made me feel even better.”

Miro also addressed his earlier comments that he was giving up wrestling to focus on being a professional content creator.