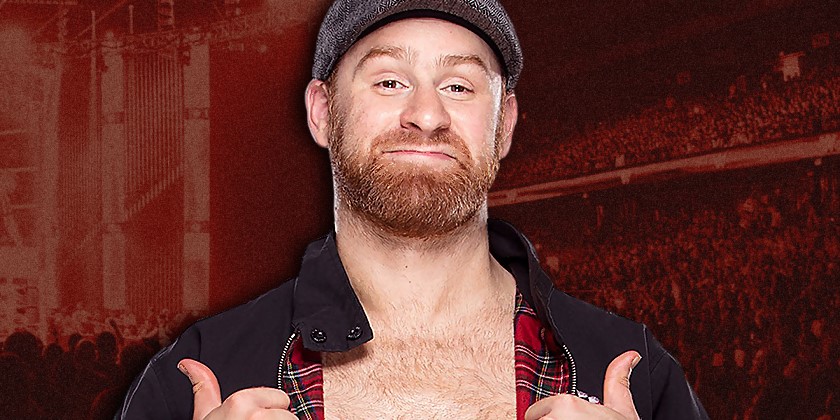 After Hardy’s win over Nakamura in the opening contest, Sami’s music hit and out he came to face off with Hardy on the stage, carrying the WWE Intercontinental Title belt that he was holding the last time we saw him.

Zayn and Hardy faced off with their titles in the air, with Zayn calling Hardy a fraud and claiming to be the real Intercontinental Champion. Zayn took advantage of Hardy being distracted by AJ Styles on the ramp, and dropped him with a big kick to the face. Sami then left while AJ and Hardy taunted each other.

Sami was later stopped backstage by Kayla Braxton, who asked where he’s been and why he hasn’t been around to defend his title. Sami said he’s all about righting wrongs, like AJ and Hardy pretending to be champion. He bragged about winning the title in March and then retaining it over Daniel Bryan at WrestleMania 36. He also noted that he has many valid reasons as to why he hasn’t been around for the past few months, and he doesn’t need to explain why. Zayn went on and said he’s from Montreal, and is a man of the world, and a true Intercontinental Champion in every sense of the word.

WWE stripped Sami of the title back on May 12 and held a tournament to declare a new champion, which saw Styles defeat Bryan in the finals. It had been reported that Zayn was not appearing on WWE TV due to concerns he had with working during the COVID-19 pandemic.

Riddle and Corbin have been feuding for several weeks, but tonight’s SmackDown saw Riddle come to the ring and call Corbin out for a fight. Corbin distracted Riddle and allowed Shorty G to attack him from behind, once again. Corbin then accepted a match on behalf of G, but Riddle easily picked up the win. Corbin tried to attack after the match but Riddle sent him retreating. Corbin later ranted to Kayla Braxton about how bad he’s going to destroy Riddle on Sunday, to prove that he doesn’t belong in this kingdom.

The 2020 WWE Payback pay-per-view will take place this Sunday from the Amway Center in Orlando, Florida.