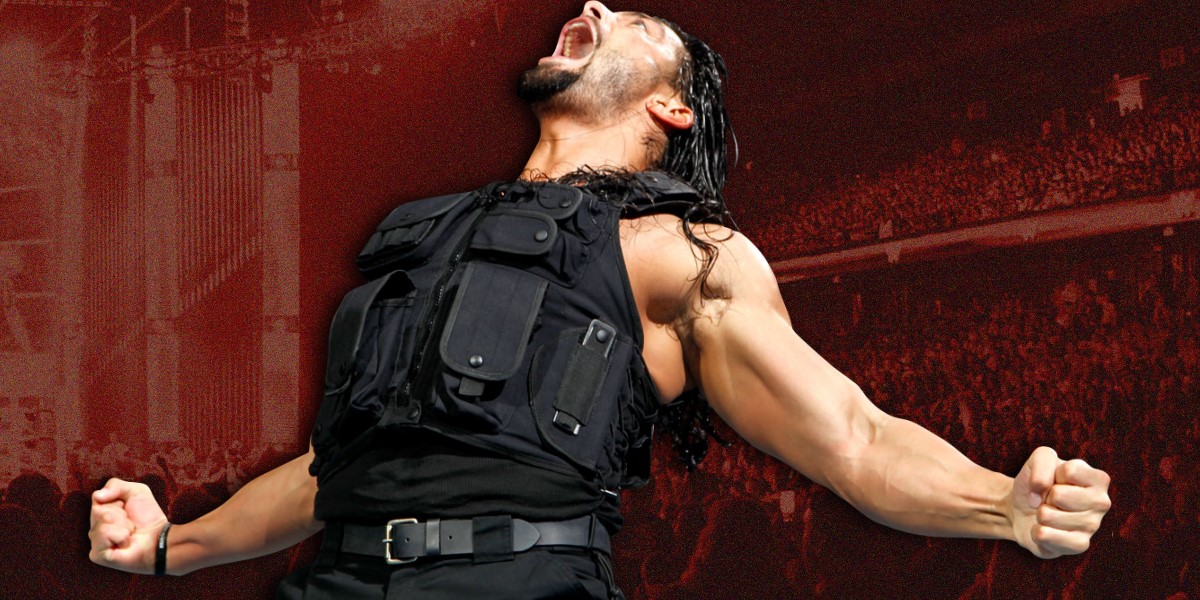 In a stunning twist to close tonight’s SmackDown, Roman Reigns was revealed to now be working with Paul Heyman ahead of his WWE Universal Championship match at Payback.

Throughout tonight’s entire episode of  SmackDown, Adam Pearce was tasked with tracking down The Fiend, Braun Strowman, and Reigns in order to get their signatures for the upcoming WWE Universal Championship match at Payback. After finding both Bray Wyatt and Strowman earlier in the night, Pearce finally got Roman Reigns to sit down and look at the contract.

However, by the end of the episode, Reigns didn’t sign the contract but did say that he would be at Payback, where he’d win the match and take back his Universal Championship. “I will be at Payback on Sunday. That is a promise. I will be in the triple threat match, wreck everyone and leave. That is a guarantee. I will win back my WWE Universal Championship that I never lost in the first place. That is not just a prediction, that’s a spoiler,” he said, before the camera panned to reveal none other than Paul Heyman sitting next to Reigns, who simply told Pearce to “believe that”.

Heyman has been out of the WWE storylines since Brock Lesnar lost the WWE Title to Drew McIntyre at WrestleMania 36. He did make a brief backstage cameo at the WWE Money In the Bank pay-per-view in May, but that was it until now. Heyman was removed from his WWE creative job as RAW Executive Director back on June 12, one year after being hired for the job. It was noted then that Heyman would remain with the company as an on-air character.

There’s no word yet on what WWE has planned for Heyman and Reigns, or if Heyman will be in Reigns’ corner for the big Universal Title Triple Threat on Sunday at WWE Payback. Heyman is still listed as a member of the RAW roster as of this writing.

There’s already obvious speculation on Reigns turning heel now that he’s apparently a “Paul Heyman Guy,” but a turn was not stressed during tonight’s brief segment at the end of SmackDown.

Paul Heyman Opens Up On The Regime Change In WWE