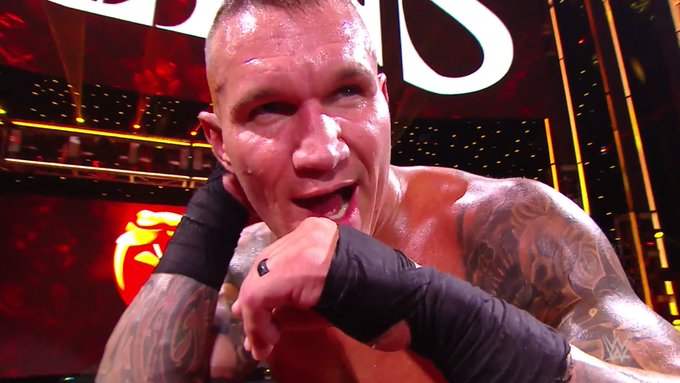 McIntyre is currently on the shelf with a fractured jaw from the punt kicks Orton delivered to him on last week’s RAW. It’s believed that this is a storyline injury. The announcers noted during tonight’s RAW that Orton vs. McIntyre will happen at the Clash pay-per-view if McIntyre gets medically cleared in time.

Orton vs. McIntyre will be a rematch from last Sunday’s WWE SummerSlam pay-per-view, which saw McIntyre retain his title over Orton by pinfall.

The 2020 WWE Clash of Champions pay-per-view will air live from The ThunderDome at the Amway Center in Orlando, Florida. No other matches have been announced as of this writing, but it looks like Liv Morgan and Ruby Riott will challenge WWE Women’s Tag Team Champions Shayna Baszler and Nia Jax after defeating The IIconics to become the new #1 contenders on tonight’s RAW.

Stay tuned for updates on Orton vs. McIntyre and Clash of Champions. Below are several shots from tonight’s RAW main event:

One more win away from another #WWETitle opportunity…