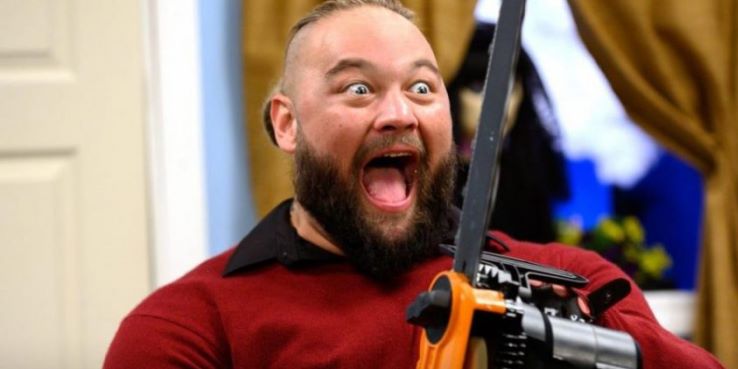 ESPN recently caught up Bray Wyatt and had the chance to ask him about his work with John Cena. He also mentioned the praise Cena had for him for his creativity during the pandemic.

“John’s such a sweet guy, isn’t he?” Wyatt asked. “What a sweet guy John Cena is. I’ve been through so much with John Cena. It’s amazing for me to see him go from the star he always was to turn into this gigantic movie star. John is very much the type of person that you have to earn his respect. He doesn’t just give it – he’s very forward that way. Hearing that praise, for me and Seth Rollins, it’s a big deal, because like I said, John is a huge star. That’s a milestone for me and my legacy. That’s pretty neat.

WWE has unveiled the ThunderDome in which brings, in some way, an element of having fans in attendance for the first time in five months. With cinematic matches largely more abundant now, Wyatt was asked about what the future holds in terms of those kinds of matches.

“I think they’re fun and all, but I like being around the people more,” Wyatt said. “Those matches should be select. There should be a few here and there, that’s what keeps them special. Especially after the humdinger that Undertaker and AJ Styles put together, because that was close to undefeatable. It’s something that you get to approach differently, so it’s wonderful for your creativity. But they should be finite.”