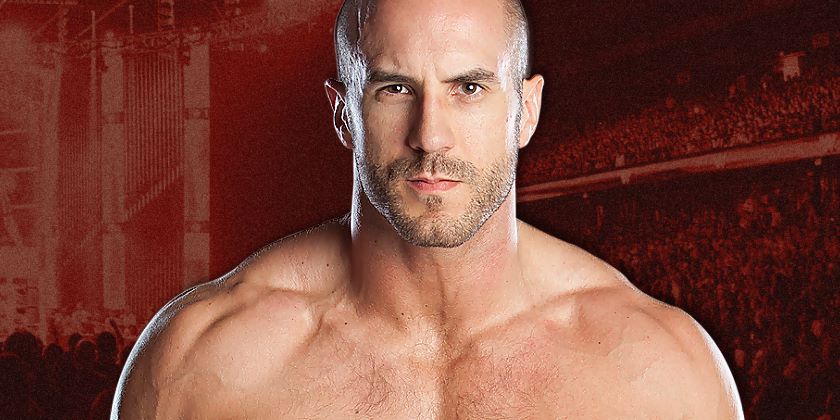 Cesaro spoke with Newsweek about the possibility of having another singles title run, and getting the opportunity to cut more promos on WWE TV.

While English is not Cesaro’s first language, promos have always been considered a “weaker” part of his game, but over the last few weeks he’s been able to consistently cut promos on SmackDown. Cesaro felt like more reps will definitely help him improve that much quicker.

“I’ve been working on that forever,” Cesaro laughed. “English is not my first language so for me it’s harder. A lot of stuff gets mixed up in my head, I’ll mix up words and sayings. I had a good one like ‘taking the kid from the candy’ or one of my better ones is ‘out of blue field’, which is a mix of ‘out of left field’ and ‘out of the blue’ so I mess up stuff, I mix stuff up, my accent sometimes people don’t understand it.

“So, I was always focusing on that and now I’m getting the chance to talk more and once people hear my voice more often it will help me and everybody. Fortunately enough, I’ve had my chance to get on the microphone more and it’s been fun. It’s something I constantly work on and hope to improve.”

Cesaro is now a seven-time tag team champion in WWE, and has held the WWE US Championship on one occasion back in 2012. The WWE Superstar was asked if another singles title run was in the cards for him down the road.

“The goal is to always be WWE World Heavyweight Champion,” Cesaro responded. “That’s the goal for everyone in WWE and that’s 100 percent my goal. And not just for me, but for all of Europe. For all of our international fans. I want to get in there and win one. It’s just part of the journey. I’m glad I’m alright and the ‘Cesaro Section’ all over the world is following me on this [journey], but that’s still my goal.”

Cesaro won the tag titles with Shinsuke Nakamura against The New Day earlier this month at The Horror Show at WWE Extreme Rules.