WWE has announced that Roman Reigns and Daniel Bryan will come face to face during Tuesday’s SmackDown episode from the Chase Center in San Francisco, California.

The storyline is that Reigns wants to “clear the air” with Bryan following weeks of tension between the two. Bryan has been working as a babyface at recent WWE live events and there’s speculation on WWE doing Reigns and Bryan vs. Erick Rowan and Luke Harper at WWE Hell In a Cell.

Roman Reigns to clear the air with Daniel Bryan

Roman Reigns wants to talk to Daniel Bryan to clear the air, and Bryan has agreed to meet with The Big Dog face to face. This conversation comes after weeks of tension between Reigns and Bryan following the mysterious attacks on The Big Dog.

After it was revealed that Bryan’s protege Erick Rowan was behind the attacks, Bryan had some harsh words for his large ally. Last week, Erick Rowan and the recently returned Luke Harper even laid out Bryan, and Reigns surprisingly came to Bryan’s aid — to no avail.

What will Reigns have to say to Bryan? Find out on SmackDown LIVE, Tuesday on USA Network at 8/7 C.

WWE has also announced the following for Tuesday’s show:

Below is the announcement on Kofi’s interview:

Brock Lesnar sent a beast of a message to WWE Champion Kofi Kingston last Tuesday on SmackDown LIVE when he and Paul Heyman challenged the champion to a Title Match on Oct. 4 and The Beast Incarnate F-5’d Kingston.

The fighting champion has since accepted Lesnar’s challenge and will have a special sit-down interview on Tuesday to talk about the anticipated showdown. 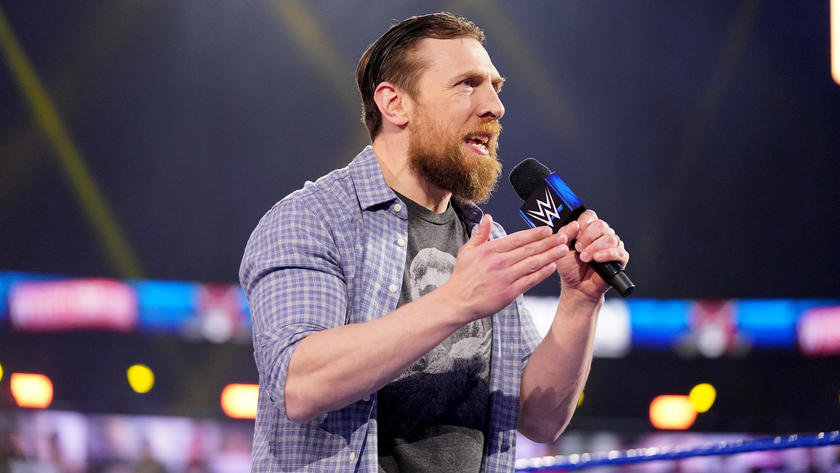