Former WWE Superstar and Ryback had an exchange on Instagram after Jey Uso shared a video of Rusev lifting at the gym.

Ryback commented on the video with a slight jab at Rusev by saying, “I would have expected more weight from ‘The Bulgarian Brute.’ Ryback then followed up with another remark saying, “F**kRusevDay.”

Rusev responded back to Ryback’s jab by telling him, “all natural workouts here,” seemingly hinting that Ryback juices and/or uses enhancements for his workouts. 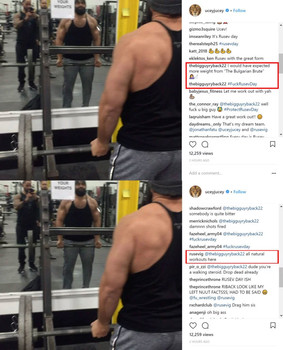 Lana Says Rusev Day Will Never Die, Everyone Returns To WWE At Some Point