Last November, R-Truth underwent surgery to fix a quad tendon tear after suffering the injury while wrestling Grayson Waller in a singles match on an episode of WWE NXT. The injury happened as R-Truth took a spill over the top rope and landed wrong.

Truth provided an update on his recovery via a livestream where he noted he had to undergo a second surgery because he contracted an infection.

“Still healing up. Still healing up from my quad injuries. I’m going back to WWE. I just got to heal up. I had to have two surgeries. A lot of people don’t know that. I caught an infection so I had to have another surgery. So that set me back but, y’all know me, I’m coming back probably sooner than y’all think. “

“I’m feeling good man. I did my own P.T. today, I got P.T. again tomorrow. I just started back up physical therapy last Monday. I had to have two surgeries so I was out for a while. It pushed everything back.”

R-Truth Reveals Second Surgery Due To An Infection 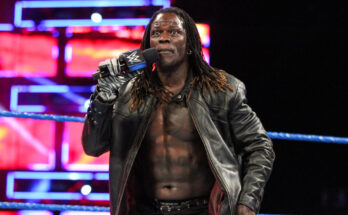 R-Truth Confirms He Will Require Surgery