Matt Riddle was written off WWE television on the December 5 episode of Raw after the Bloodline’s Solo Sikoa viciously attacked him. WWE showed that he left the arena in an ambulance.

In reality, the attack angle resulted from Riddle failing a second drug test this year with the expectation that he would be going to rehab. Riddle previously violated the company’s wellness policy over the summer.

Adult film star recently confirmed he went to rehab while also alleging that he cheated on her to do drugs with another woman. Riddle later issued a statement on going to rehab and abuse allegations.

The Barclays Center is advertising Riddle alongside several other top stars on its website for the February 13th edition of Monday Night Raw.

It’s unclear when Riddle will make his return to the company. WWE’s website is also advertising Riddle for several other dates, but this Brooklyn date isn’t listed, indicating this is a new advertisement by the arena.

The dates he is advertised for on WWE’s website were likely listed before he was written off television and the Brooklyn date will be added soon, as seen below: 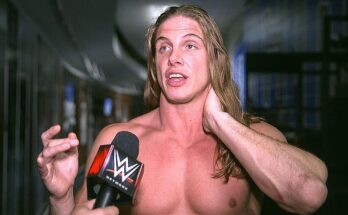