We are live from the Allstate Arena in Chicago, IL, as Michael Cole and Wade Barrett welcome us to the show. Cole says there’s talk that tonight may be a big one for Zayn. The Usos and Zayn enter the arena and they are all smiles.

Liv and Dakota start and Liv with an elbow in the corner.  Tegan with a tag and she connects with an elbow.  Dakota with a forearm.  Tegan with a forearm and back elbow.  Dakota with a scorpion kick and Tegan goes down.  Iyo tags in and Tegan with a kick and a sit out gourdbuster.  Liv tags in and they go for a double suplex and hit it.  Liv gets a near fall.  Liv does her Bianca impression and Dakota hits Liv from the apron.  Liv with a drop kick to Iyo and then she goes to the floor and gets a kendo stick.  Tegan stops Liv from using the kendo stick and then Iyo and Dakota hit Tegan and Liv from behind.  Liv and Tegan with Irish whips and hip strikes in the corner.  Liv misses a baseball slid but Tegan is up top and hits a cross body onto Iyo and Dakota.

Dakota with a Detonation kick to Tegan.  Liv with a facebuster and then Tegan tags in and Liv with a DDT off Tegan’s back and Tegan with a Shiniest Wizard for a near fall when Dakota breaks up the cover.  Liv with an elbow to Dakota on the apron and Liv with a sunset flip power bomb to Dakota on the floor.  Iyo with a flip dive to Liv.  Tegan with a knee in the corner and a back senton into the corner.  Tgan goes for the Shiniest Wizard but Iyo with a shotei.  Tegan goes to the floor.

Iyo goes for a springboard moonsault but Tegan stops her.  Bayley pulls Tegan off the apron and Tegan sends Bayley over the ringside barrier.  Someone in a hoodie kicks Tegan in the head and then Iyo brings Tegan back into the ring and hits a moonsault for the three count.

– We take a look at Gunther.   He says it is about passion and respect.  Ricochet comes in all excited.  Congratulations.  You are one of the most gifted athletes I have seen.  You impress everyone else, but none of that matters.  It is about physicality.  I will grind your face in that mat.  When I chop, your whole body breaks in pieces.  I will throw your body all over the ring.  I will break your spirits.

– We will see what happened to LA Knight when we come back.

– We take a look at Ricochet. He says he hates to say I told you so but I said if I had to get that trophy to earn a title match.  Hearing the crowd chant my name.  Despite everything I made happen, people think Gunther has the match won.  I am going to do what Ricochet does best.  I am going to flip.  It is time to flip the odds in my favor.  Go ahead and bet on Gunther.

Sami Zayn is in the back with Jimmy and Jey.  Sami asks about his hair and beard.  Sami says he went to Jey’s guy.  He asks about the jacket.  Jimmy says Sami looks good.  Sami asks where is Solo and Jimmy says Solo is with Roman. Sami goes to get some water.

– We go back to last week when LA Knight went after Bray Wyatt in the back.

– We see LA tied up and the voice says little pig.  Not by the hair of my chinny chin chin.  LA has a mask over his head and then it is taken off and his mouth is taped up. LA Knight walks in the back and he is determined to go somewhere.

We are back and LA Knight is in the ring.

He wants to talk to you.  He says he has business to deal with so he tells everyone to shut up.  He says for the past few weeks, I have been blindsided, cheap shotted, and kidnapped, but I have not gotten to Bray’s front door.  You are a former WWE Champion and one of the biggest superstars of all time.  Your return was one of the biggest ever.  All you have done is dress like a circus freak.  You have whined and cried with your victim complex.  Most of all, you have taken advantage and blindsided me.

You said it wasn’t you.  I know it was you because I can hear you and fell you.  I need you to put on whatever mask and costume you need to and call yourself whatever you need to so you can be stomped out now.

The lights go out.

Bray Wyatt comes out and he says he has missed Chicago.  I am sick of you.  Bray says he is sick of this entire game that we are playing.  Here is the deal. I know you don’t believe me and I know why.  I am being honest saying that you are barking up the wrong tree.  I haven’t touched you and deep down inside, we know how this story ends, don’t we?

Bray says he has decided since we know how it ends, I will give you one more chance to deliver your message, but it better be good and worth my while.

Knight with a knee and punches as Wyatt enters the ring.  Knight with knees and kicks in the corner.

A video appears on the TitanTron and Uncle Howdy asks what have you done?  Do you want to see something really scary? Bray smiles as Knight continues to kick him.

Smoke comes out of the entrance and Uncle Howdy has arrived.  He tips his hat and Knight backs up as Howdy laughs.  Knight leaves the ring. The laughing continues. More laughs…

– We are back and Roman Reigns has arrived with Solo Sikoa and Paul Heyman.

Ricochet vs. Gunther for the Intercontinental Title

We go back to the ring and out first comes Ricochet for the title shot he earned by winning the SmackDown World Cup Tournament. He hits the ring and poses in the corner. Ricochet’s World Cup trophy is on display in the corner. Out next comes Imperium – WWE Intercontinental Champion Gunther with Ludwig Kaiser and Giovanni Vinci. Adam Pearce is in the ring, and he sends Vinci and Kaiser to the back before the bell hits. They argue but then leave. We get formal ring introductions from Samantha Irvin now.

Ricochet gets back into the ring and hits an Asai moonsault.

After the match, Vinci and Kaiser come to the ring to celebrate with Gunther. Kaiser and Vinci pick up Ricochet for Gunther. Braun Strowman makes his way to the ring after his music plays.  Imperium casually leaves the ring before Strowman can do anything to them. Strowman helps Ricochet up.

We go to the locker room and Jimmy joins Solo, Roman, and Paul.  Jimmy wants to know what is planned for tonight.  He wants to know what Roman is brewing up.  If you are going to make Sami ‘Sami Uso’, I am okay with that.  He says he likes Sami a lot, but he loves his family and the Bloodline.  He says he loves Roman.  If you don’t want to make him because of his past with Kevin Owens… Jimmy says he has Roman and he will see him out there.

We are back and Roman is talking to Paul and Solo. Adam enters the room and Roman tells Adam to sit. Paul says that Roman will help get Adam out of all of the problems with Bobby Lashley.  Roman Reigns and Sami Zayn versus Kevin Owens and any partner of his choice.  It could even be you, Adam.

Adam asks if it is going to happen tonight. Adam asks when will it happen?  At the Royal Rumble? Paul says if this happens LIVE on network TV on FOX… December 30th  in Tampa, Florida. Roman says that sounds a lot better than Chicago. Adam thanks Roman and he says he will let Kevin know.

– We have the Tribute to the Troops video package.

– Legado Del Fantasma make its way to the ring as we go to commercial.

We are back and Adonis with a super kick to Erik.  Dolla with shoulder tackles to Wilde and Cruz.  Erik and Ivar with uranages to Wilde and Cruz.  Ivar kicks Dolla and Erik gets Dolla up for a springboard round kick into a German suplex.  Wilde with a kick and a springboard DDT to Ivar.  Cruz tags in and hits a springboard drop kick to Dolla.  He goes up top and hits a twisting splash for a near fall.  They set for the high low combination on Dolla but Adonis trips Cruz.  Adonis with a forearm to Wilde followed by a float over DDT.  Erik with a German suplex to Adonis.  Cruz with a kick to Erik and Ivar with a seated splash.

Adonis tags in and Wilde with a jaw breaker to Wilde.  Dolla catches Wilde and Adonis with a drop kick for the three count.

Raquel Rodriguez is asked by Kayla if she will be in the gauntlet.  Raquel says the doctor told her to take it slow, but this is personal.  Look at what they did to Shotzi.  I will be in that match… Shayna attacks Raquel and Ronda holds the arm while Shayna kicks the arm many times. Ronda tells Raquel to “ice it”.

– Next week, Emma, Raquel Rodriguez, Tegan Nox, Liv Morgan, Sonya Deville, and Xia Li will be in a Gauntlet Match to determine the number one contender for Ronda Rousey. Imperium faces Braun Strowman and Ricochet in a Miracle on 34th Street match.

Roman Reigns and the whole members of The Bloodline make their way to the ring.

Roman is handed the mic and he tells Chicago to acknowledge him.

Roman says he ain’t seen his Bloodline since War Games.  In case you didn’t know, they dominated War Games.  He does the family hand shake and chest bump with Solo, Jey, and Jimmy.  Then he does it with Sami.

Sami says Kevin continues to drag him down and he is a cancer.  He betrays everyone.  Sami says he is Kevin’s only friend.

Sami realizes he said a no no.  Sami corrects it and says he WAS his only friend.  Sami says it will be an honor and a privilege to stand by your size.

John Cena appears on the TitanTron and he says surprise.  Everyone loves a good holiday surprise.  John says he was surprised to get a text from his friend Kevin.

John reads the tweet and he says that John has had a WWE match for the last 20 years but your streak is going to be broken.  Kevin asks John if he wants to be his tag team partner in Tampa.

John says he hasn’t had a match in 2022 and we are running out of chances.  On the last Smackdown, does he want to partner with Kevin Owens against Sami Zayn and Roman Reigns?  Hell yes, I’ll be there and I will be your partner.  I will bring the fight to you. 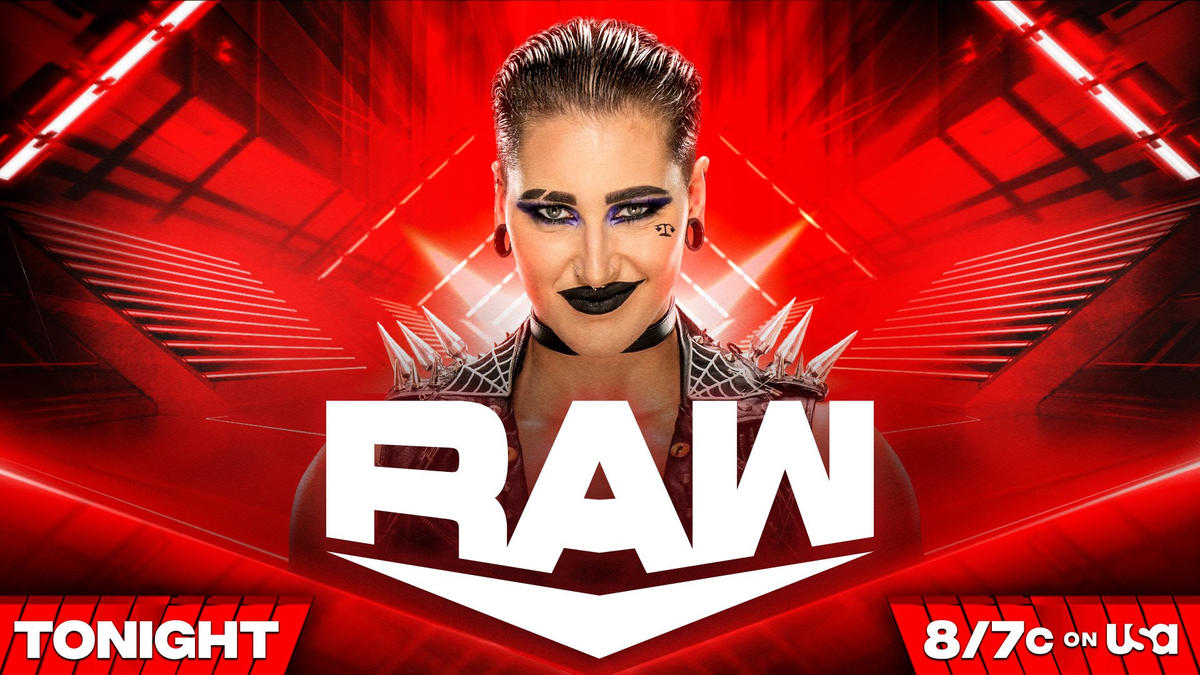