Breakker previously won the NXT Title from Dolph Ziggler on the April 4 RAW to begin his second reign. He held that title by itself for 152 recognized days. Bate just won the vacant NXT UK Title on this week’s final episode of NXT UK, by defeating Trent Seven in the tournament finals to begin his second reign. He held the title for 2 recognized days. While the title win didn’t air until this past Thursday, it was taped on July 7 and Bate actually started appearing on NXT TV as champion on August 16.

Below are a few shots of today’s main event title unification from the WWE Performance Center in Orlando, FL: 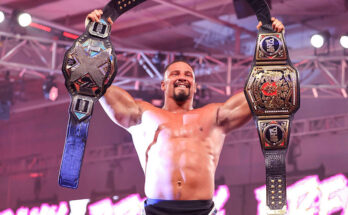 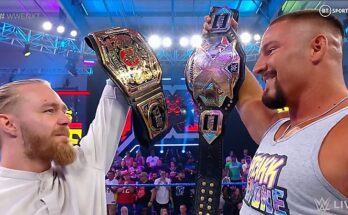