Tessa Blanchard Is Not Figured Into WOW Plans – As we’ve noted, Tessa Blanchard and WOW Wrestling reportedly had a falling out ahead of the promotion’s re-launch.

It was alleged that during a mid-April class, Blanchard cut a promo on Samantha Sage, who is known as Americana. The promo reportedly saw Blanchard “tear apart” Sage, which led to other trainees speaking up.

According to a new report from Fightful Select, Tessa Blanchard is not figured into WOW’s plans and she was not at the tapings. It was not told officially that she was fired.

While issues between Tessa Blanchard and WOW were first learned in mid-April, sources noted that they had witnessed friction as far back as January.

Blanchard was reportedly “livid” that a planned January tryout was canceled by CBS due to COVID, with David McLane getting the finger pointed at him.  Blanchard reportedly believed they could have done a tryout via Zoom or at an isolated school, but the situation wasted a lot of money.

One source told Fightful that things had to get bad between David McClane and Tessa Blanchard, because he was consistently on her side for years, even through multiple controversies.

Sources within the company also revealed that WOW was even able to lure back some people that swore they’d never work with Blanchard again only to see “more of the same.” One source said that initially Tessa’s attitude was chalked up to “passion” among the higher-ups.

It was also noted in the report that AJ Lee was at the recent tapings and worked commentary. After the tapings, a company-wide email went out informing staff that the scheduled early June tapings will be postponed due to a positive COVID test. 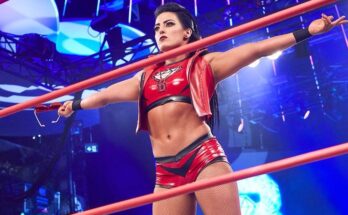