WWE star Rick Boogs sat down with Louis Dangoor of GiveMeSport WWE to talk about his current run on WWE’s Smackdown brand. Boogs has been an ally of current WWE Intercontinental Champion Shinsuke Nakamura, and he’s thrilled to have someone like Nakamura to not only work with but learn under.

“I love Shin,” Boogs said. “Shinsuke’s like, he’s like a father figure to me now. He’s like a mentor. Anything that we have going on, I always like to get his two cents. Whether it’s TV, whether it’s live events, tag matches, singles matches for me, character stuff, all of that. I always run it by him. I want to get his feedback on it, because he’s extremely seasoned. He’s been through it all. It’s very helpful for newcomers like me to have such a great mentor.”

When asked when he learned when he and Nakamura would be put together, Rick Boogs revealed that he found out with less than a day’s notice. His first thoughts were how would he and Nakamura do as a duo, and if he could possibly follow up Anita Strauss’ performance of Nakamura’s theme at WrestleMania.

“I would probably say less than a day’s notice,” Boogs said. “First and foremost, it was basically ‘how are we going to mesh together?’ I think that’s instantly, people don’t think of Shinsuke and Rick Boogs being a combo together. I just wanted to see how that magic would play out. And then second of all it was like ‘man.’ He’s had that great WrestleMania moment with Anita Strauss playing his tunes.

“So it was like ‘I’ve got to follow that up now. This epic performance.’ With this little bit of time that I had, a few hours, I tried to get something that was a semblance of his epic tune. Just to not flop with that. And as cliched as it is too, you take it performance by performance, right? Show by show. I think we’re a pretty solid unit now. I’m very comfortable with him and I would like to think that he likes working with Rick Boogs. But it’s impossible to say. He’s just a sweet, humble guy.”

Rick Boogs also detailed some of the aspects of his character, such as his high pitched scream that he carried over from his days in NXT as Rik Bugez. He also revealed his belief that he was put with Nakamura after the WWE creative team noticed he played guitar from videos he posted on social media.

“In NXT, my character in a sense, Rik B-U-G-E-Z, I was doing the high pitched scream,” Boogs said. “That was one of those things that’s been a staple in my short career. And the inspiration came from Paul Heyman, because in a promo class, he said he had some exercise, some drill that he would put The Rock and Stone Cold threw. Just to see if they could sing like a girl or whatever, take them out of their comfort zone. I was like ‘absolutely, I’ll do that. I have no shame in anything. I’m not embarrassed to try anything.’ If that’s what it takes to take people out of their comfort zone, I’m just going to make that what I do. You’ve got to do what other people don’t do. You’ve got to stand out, one way or the other.

“So with the whole Shinsuke deal, I just busted that out. I’m not going to get rid of the screaming. And in terms of the guitar playing, I think it was just, they were just, the writers were just trying to think of what they could do with someone like me? And like any person, they go on social media and go ‘what’s this person all about?’ Time to time, I’d upload some silly guitar post or something. And they’re like ‘oh, just throw him with Shin and see what happens.’ So that’s the gist of it. I think it kind of worked out really well.” 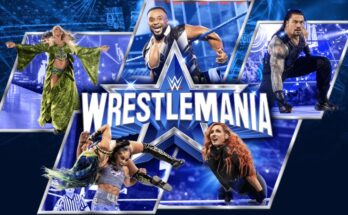 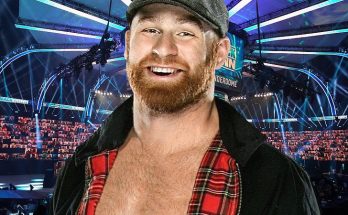