As seen below, Nia posted a video from her TikTok account that shows her sitting on a pallet jack as her former tag team partner, Shayna Baszler, pulls it along.

“First she broke my arm, then she dragged me out of the business (crying emoji)(sad face emoji),” Nia writes.

It’s interesting to note that Jax has also reflected her transition to a life outside of WWE through her Twitter bio. It now reads, “Lina Fanene formerly Nia Jax of WWE & E! Total Divas.”

Jax’s final match with WWE was a bout against Shayna Baszler on the September 20 episode RAW. In a post-match injury angle, Baszler seemingly broke Jax’s arm with a stomp to her elbow on the steel steps. Reports at the time indicated that this was to write of Nia Jax for several weeks, which she later confirmed was to address mental health struggles.

Jax first spoke out about what occurred leading up to her release when she posted a lengthy explanation on Instagram last week. Though it has been reported that budget cuts or her vaccination status may have played a factor in the release, Jax points toward a different reason.

Nia was apparently granted a leave of absence from WWE to cope with mental health struggles she had been experiencing lately. But upon requesting an extension to her time away, Jax claims WWE left her without a direct reply. She would shortly after begin reading reports that she was being released from the company before being personally notified by WWE.

There’s no word yet on what Jax’s next move will be but we will keep you updated. 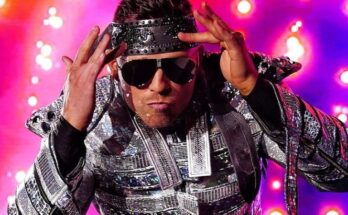