On this week’s WWE SmackDown, Natalya defeated one half of the WWE Women’s Tag Team Champions, Shayna Baszler. With WrestleMania 37 one week away, she vented her frustrations to Kayla Braxton and Paul Heyman in a passionate rant on Talking Smack.

Paul Heyman has told Natalya she needs to “stop b****ing and moaning” about being left off WrestleMania 37.

As things stand, Asuka vs. Rhea Ripley and Sasha Banks vs. Bianca Belair are the only women’s matches at WrestleMania 37. On this week’s Talking Smack, Natalya questioned whether she should knock on Vince McMahon’s door to get the WWE Chairman’s attention.

Heyman, who co-hosts the SmackDown post-show with Kayla Braxton, gave Natalya his honest opinion. After clarifying that he loves her like a sister, the former ECW owner told her in no uncertain terms that her attitude must improve.

“Let me tell you something, from the bottom of my heart, cut the s***, please, come on. Stop b****ing and moaning and complaining and kvetching about not being on WrestleMania and do something about it, and if knocking on Vince McMahon’s door or kicking down Vince McMahon’s door or stretching Vince McMahon down on the ground doesn’t get the job done, then smack around every single person on the female roster until there’s no roster left and you’re the only females left to be on WrestleMania to represent the female empowerment movement.”

Natalya’s tag team partner, Tamina, confronted Paul Heyman after he referenced their families and challenged them to take out the female roster. She simply said the word “okay” before flashing the ILY hand gesture that her father, Jimmy Snuka, used during his career.

Realistically, the only way Natalya will compete at WrestleMania 37 is if a Battle Royal or Women’s Tag Team Championship match is added to the show. Paul Heyman, meanwhile, is set to support Roman Reigns in his Universal Championship match against Daniel Bryan and Edge. 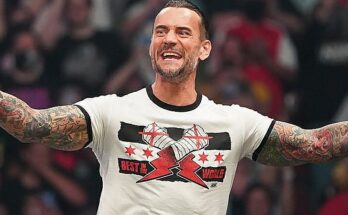