On the latest episode of the WWE After the Bell Podcast, Corey Graves and Vic Joseph talked about Rhea Ripley being announced as a member of the RAW women’s division. Vic said he’s in on Rhea coming to RAW and believes she can become a major star, while Corey wishes she would’ve ended up on SmackDown.

“I also am in on Rhea Ripley,” Graves said. “I was secretly hoping she would end up on Friday Night SmackDown because I am a fan of The Nightmare and what she brings to the table. I think there are massive massive things in her future sooner than later. No matter where Rhea ends up she will be a force to be reckoned with, I think Rhea on RAW is a shot in the arm that the women’s division could use.”

This past Friday Night on SmackDown, we saw the debut of a new “talk show” called “Ding Dong Hello” featuring host Bayley. We’ve seen many different iterations of WWE talk shows over the years spanning from The Cutting Edge, Carlito’s Cabana, The KO Show, The Highlight Reel and many more. Graves mentioned how he wishes WWE would do more with their talk shows and actually make them look different. He said the issue with talk shows nowadays is they all use the same similar type of set up.

“I’m out,” Graves said. “I love Bayley, I’m a fan of Bayley, she entertains me and I am aware of what she’s capable of. She is my friend. ‘Ding Dong Hell’ just seems like another talk show that you slap somebody’s name on and act like it’s a different show. I need more, I want a full set, I want a talk show.

“How about a talk show within the walls of WWE that doesn’t take place on a red carpet, in the centre of the ring with directors chairs? Yes, this one has a door and a sound effect, but I want the Snake Pit, I want Pipers Pit, I want a goddamn Barber Shop Vic. I want the whole thing to be different, not in the middle of the ring with cheesy props. This has nothing to do with Bayley, I think she is capable of so much more.” 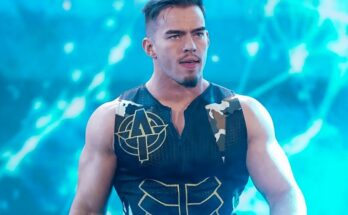