The Undertaker had a legendary career in the pro wrestling business but wasn’t seen as a character that needed the WWE Title. Taker has stated that he agrees with that belief as he thought he was better at chasing it rather than holding it.

McIntyre has surpassed Taker’s record on the list of the most combined days as a reigning WWE Champion.

Taker had four title reigns for a combined 234 days while McIntyre has held the title two times thus far for 235 days. McIntyre has a ways to go to break Bruno Sammartino’s record of holding the title for the longest period of time as he held it for over 4,000 days.

McIntyre is slated to defend the WWE Title against AJ Styles in a TLC Match at the WWE TLC pay-per-view event on Sunday at Tropicana Field in St. Petersburg, Florida on the WWE Network. 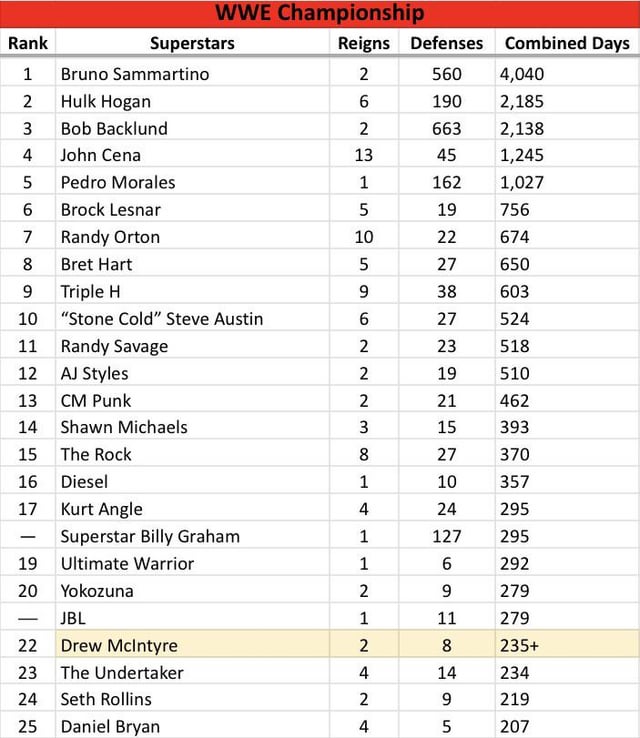