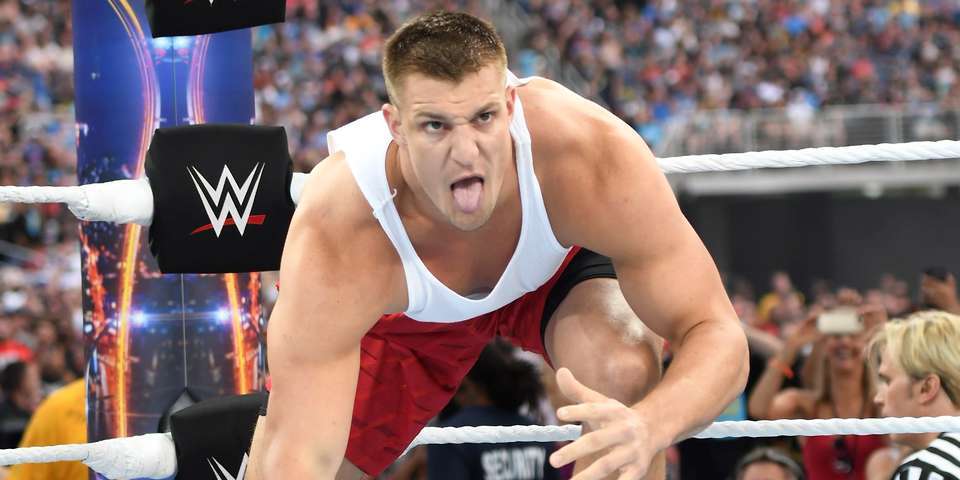 According to the Wrestling Observer Newsletter, Rob Gronkowski “didn’t make a lot of friends” during his brief stint in WWE earlier this year.

Gronkowski was apparently “chided” for refusing to take the bump on to all the wrestlers who were there to catch him and only agreed to do it when Vince McMahon personally demonstrated it to him to convince him that it was safe.

On another note with Gronkowski, while his WWE deal is over prematurely, the company was able to insert a clause into his contract that prevents him from wrestling for another company for the original duration of his WWE contract. So if the contract was expected to last until next year’s WrestleMania 37, he is essentially working through a non-compete until then but with a return to football this year, it’s not like he would be looking to work for another promotion anyway.

R-Truth is Your New WWE 24/7 Champion Once Again