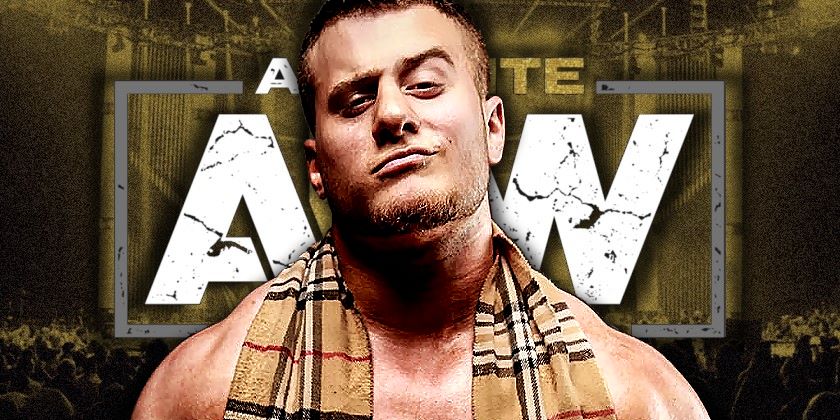 Responding to a fan who commented on how it’s sad that MJF is not on TV every week or in the world title chase, he responded and used the “#notmychampion” hashtag to address Moxley.

“It’s almost as if there’s a certain individual in the company who doesn’t want me to be spotlighted,” MJF wrote. “There may be a ‘paradigm shift’ in how things are run around here #notmychampion”

MJF vs. Moxley for the AEW World Title has been expected for some time now. It was recently rumored that MJF vs. Moxley would be the feud that AEW went with after Moxley finished with FTW Champion Brian Cage. MJF recently spent a few weeks at the top of the AEW men’s division rankings, but he was knocked out of the #1 spot by Cage last week ahead of Cage’s loss to Moxley at Fight For The Fallen.

AEW has not confirmed when MJF vs. Moxley will take place, but it’s expected for the All Out pay-per-view on Saturday, September 5.

As noted, this week’s Dynamite episode will see MJF in singles action, with Wardlow in his corner, and it’s likely that his chase for Moxley and the World Title will continue then.

It’s almost as if there’s a certain individual in the company who doesn’t want me to be spotlighted.

There may be a “paradigm shift” in how things are run around here. #notmychampion https://t.co/HwJOe9qJT4

This Wednesday on Dynamite – He is salt of the earth as @The_MJF with @RealWardlow will be in action!

Watch #AEWDynamite every Wednesday night on @TNTDrama 8e/7c or https://t.co/GdI7QAsxEP for our International fans. pic.twitter.com/UVDkPDxExt