– Below is the latest “coming soon” promo for SAnitY’s Eric Young, Killian Dain and Alexander Wolfe. No word yet on when the former WWE NXT Superstars will make their SmackDown debuts after coming up in the Superstar Shakeup last week.

– For those who missed it, Percy Watson was recently added to the WWE 205 Live commentary team. This will be a permanent change. Watson will call the show with Nigel McGuinness and Vic Joseph each week. There was some speculation on Watson working 205 Live while Nigel was away for the birth of his daughter but the show will now have a three-man announce team each week. 205 Live had a three-man team for the first 3 months of the show (Mauro Ranallo, Austin Aries, Corey Graves) but they’ve used a two-man team since March 2017.

– Last night’s SmackDown saw WWE Champion AJ Styles, Karl Anderson and Luke Gallows lose to Shinsuke Nakamura, Rusev and Aiden English in the main event. Karl Anderson stepped in the way of Styles and took a Kinshasa from Nakamura towards the end of the show. He tweeted the following on “taking a bullet” for Styles:

After everything @AJStylesOrg has done for me and my family, I wouldn’t think twice about taking a bullet for him.. https://t.co/eAb9gZyyTU 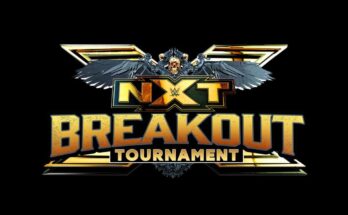