* The show opened with Orton in the ring for a promo, his first since House of Horrors. He’s interrupted by the other main event participants. The segment ends in a 3-on-3 brawl

* Becky Lynch vs. Natalya is up first. Natalya rolled Becky up for the win. Charlotte Flair, SmackDown Women’s Champion Naomi, Carmella, James Ellsworth and Tamina Snuka were at ringside. The babyfaces appeared in a backstage segment to issue a six-woman match for Backlash

* They aired a video package for Lana’s debut, coming soon

* Another “Fashion Files” video with Breezango was shown

* Erik Rowan pinned Luke Harper after a spinning powerslam. A short but loud “Fire Bradshaw” chant broke out during this match, lasted less than 30 seconds.

* Dolph Ziggler comes to the ring to talk about Shinsuke Nakamura. Nakamura is out next to a huge pop. Nakamura challenged Ziggler to a match in London. Ziggler declined by said he would face Nakamura at Backlash instead. They ended up having a quick brawl which Shinsuke got the better off.

* They aired another video package for The New Day, coming soon 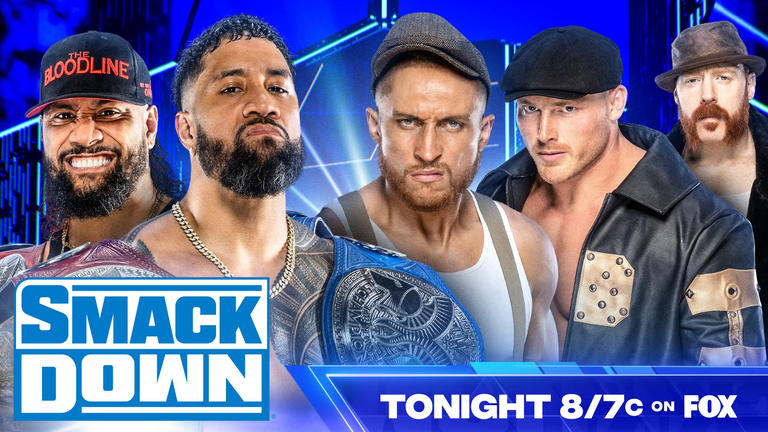