Triple H held a media call this week to promote Saturday’s WWE NXT “Takeover: Back 2 Brooklyn” event. Below are highlights:

* He called it an exciting time between the brand extension and talents being called from developmental to the main roster. He believes some of the people that were just called up are some of the best in the world. He also talked about the WWE Cruiserweight Classic and the cruiserweights coming to RAW, saying it’s a really great time in the industry

* He’s really excited about the Takeover card. He says Ember Moon is a very exciting performer and he’s excited to get her started in NXT. He feels she will become a key part of the NXT women’s division going forward. He named veterans like Austin Aries facing No Way Jose. He’s excited to see Jose bring a different style to the match and see if he can hang with Aries. He guarantees Bobby Roode vs. Andrade “Cien” Almas will be glorious. He says Johnny Gargano and Tommaso Ciampa vs. NXT Tag Team Champions The Revival has potential to steal the show. He feels Gargano and Ciampa have turned the corner, calling their recent work off the charts. He praises Dash and Dawson one of the best teams out. He’s been looking forward to the Bayley vs. NXT Women’s Champion Asuka rematch for a while. Triple H says NXT Champion Samoa Joe vs. Shinsuke Nakamura will see two diverse styles that he’s really intrigued to see. He really believes this match will deliver beyond anyone’s expectations<br />
* He confirms they will tape a few TV matches before going live to air on the following Wednesday’s episode, calling it a helluva night

* He touts how successful the WWE Performance Center All Access Pass events have been. The next takes place in November

* Regarding cruiserweights, he says this has been a fun project he’s wanted to do for years and finally got the chance. He feels like it’s something that always needed to happen, mentioning how it’s important to give talents in that weight division opportunities. He says we’ve seen some amazing matches and talent in the CWC already, but we will be seeing more to come

* Triple H talked about how there’s a constant freshness and evolving to NXT. Regarding call-ups, he acknowledged that some talents may come to TV without being ready and says Vince McMahon and the team may want to bring someone up who’s not “fully baked” because they have a part in mind for them, and that’s OK. He says for the most part, NXT is to get them as ready as possible and he feels like they’re doing that well. He says the proof is in the pudding as the guys and girls in NXT will push the main roster to make SummerSlam deliver

* He was asked what is the key to women getting to the main roster and he doesn’t see a difference between the men and the women. He believes that a WWE Superstar is a Superstar, no matter their gender. He believes they are training women to be something more than they have. He says they’re not trying to have the best women’s match they can have, they’re trying to have the best match of anyone on any night. He says Asuka and Bayley are hell-bent on stealing the show and having the best match 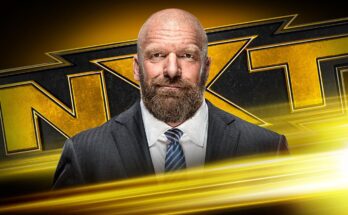