According to Fightful Select, top MLW star Myron Reed is done with the company. The release was made official on Saturday, January 14, and word is that the departure was mutual and amicable.

Reed finished up with MLW at their Blood & Thunder tapings on January 7 in Philadelphia, teaming with Mr. Thomas for a loss to The Billington Bulldogs.

Reed began wrestling in 2016. He debuted with MLW in 2018, and eventually formed the Injustice group with Rich Swann, Jordan Oliver and others. Reed made history as the only wrestler to hold the MLW World Middleweight Title on three occasions. He also holds the record for the longest single reign with the title as his first run went for 424 days. His second reign went for 150, and the final went for 240 days. Reed was also a part of The Rascalz in their early days, the group that featured current Impact X-Division Champion Trey Miguel, current WWE NXT North American Champion Wes Lee, and Nash Carter (Zachary Wentz).

Reed also has a hip-hop career. You can see his new “Make A Way” single below. 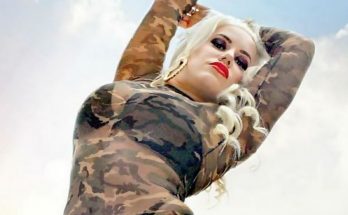