On the latest Keepin’ It 100 with Konnan podcast, Vince Russo appeared to discuss a wide range of topics.

He addressed what the heat that he currently has with Jeff Jarrett is:

“I was there when his wife, Jill, died, every step of the way, bro, every step of the way. I went back to TNA after I left just to help him because I knew Jill was dying. I was in Nashville when she died in the middle of the night. He called me. I rushed over there. It was very, very deep, and I never shared that kind of experience with any wrestler I ever worked with.”

“When I left TNA in January of 2012, it’s going to be 13 years, that’s when I left mainstream wrestling. I haven’t gotten one phone call from him in the last 11 years. No phone call, nothing. Basically, here’s what it was. It’s the typical wrestler. When I was no longer in a position to help him and his career, I never heard from him again. It’s that simple. So I basically just made the statement that the second I left TNA, I never heard from this guy again, and as far as I’m concerned, he was never a friend. He used me when I was in a position to help him and help his career. The second I was no longer in that position, he was done with me, and that’s a fact.” 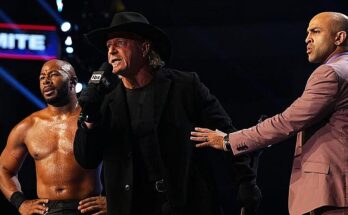 Two Matches Announced For AEW Battle Of The Belts V