With Kevin Owens seeing Sami Zayn outside the Bloodline’s locker room, Zayn attempted to shoo him away.

However when Owens paused to question Zayn when the Bloodline would be turning on him, he suggested a turn of his own.

Owens encouraged Zayn to turn on Roman Reigns before he and the Bloodline could have enough of Sami Zayn and cut him off themselves.

As Owens left the scene, it was apparent that from behind the locker room door, Jey Uso had been listening.

When Jey came out to confront Sami about his time of arrival, he also crucially asked if he had spoken to anyone since arriving. Sami Zayn lied and said that he had not…

In the closing minutes of tonight’s main event, Kevin Owens stopped Zayn from interfering, and “The Honorary Uce” got ejected by the referee. Left alone, Sheamus pinned Jey Uso with a Brogue Kick after Owens hit him with a Stunner.

Because of that, Team Brawling Brutes got WarGames advantage on tomorrow’s WWE Survivor Series.

Backstage Notes on Sami Zayn Vs Roman Reigns, WWE Going With The US Title Elimination Chamber 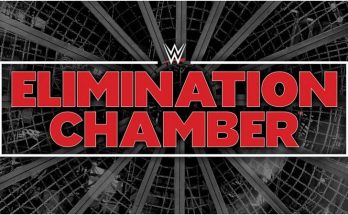