Backstage News On CM Punk’s Return To AEW Action – As noted, AEW World Champion CM Punk made his return from injury on last night’s Quake By The Lake edition of AEW Dynamite.

After Interim AEW World Champion Jon Moxley retained over Chris Jericho in the main event, Sammy Guevara and Jake Hager hit the ring to triple team Moxley. Ortiz, Eddie Kingston, ROH Pure Champion Wheeler Yuta and ROH World Champion Claudio Castagnoli all hit the ring, but The Jericho Appreciation Society got the upperhand until Punk returned and cleared the ring of the heels. Punk and Moxley then faced off, and Moxley gave Punk the middle finger, then a shoulder shrug to end the show.

A new report from Fightful Select confirms what has been speculated, that a title unification match between Moxley and Punk is scheduled for the AEW All Out pay-per-view on Sunday, September 4.

AEW officials have been hopeful that Punk would be ready to go for All Out since he was first put on the shelf, and now he’s back with less than one month to go until the pay-per-view near his hometown of Chicago.

There was no talk of bringing Punk back sooner as he was recovering from surgery and AEW officials didn’t want to put him behind schedule or at an inconvenience.

Regarding Punk’s return at Dynamite, word is that there was a restricted area backstage at the Target Center in Minneapolis, and it’s believed that this was related to Punk’s return, to keep it a secret. The news of Punk’s return was kept quiet from most of the roster, including some of the wrestlers who were actively involved in the post-main event angle. Punk personally kept the news close to the vest as well.

There’s no word yet on if Punk will wrestle before All Out, but we will keep you updated. 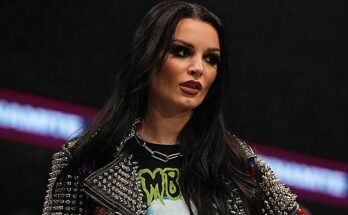