WWE Announces A Storyline Fine For Sonya Deville – Monday’s RAW saw Deville lose to Alexa Bliss for the second week in a row. After this week’s loss, Deville argued with the referee and assaulted him, then exited the ring.

As seen in the video below, Adam Pearce appeared on WWE’s The Bump this morning and revealed that Deville has been fined an undisclosed amount. Pearce said he thinks and hopes Deville has learned her lesson after this latest lapse in judgment.

Deville responded to Pearce and wrote, “Laps in judgment!? How about the refs ‘laps in judgment’ when he decided something was more important thank counting my WINNING pin! I won. IIII wonnnn. I WON. That match.”

The Deville storyline recently saw WWE officials cancel her management contract after an investigation into her conduct found that she was abusing her power.

While Deville remains an active WWE Superstar but is no longer appearing on TV as an official, she still has not been assigned to a brand on the official WWE roster page. There’s no word yet on what WWE has planned for the Deville storyline, but we will keep you updated.

Stay tuned for more. You can see the related tweets below: 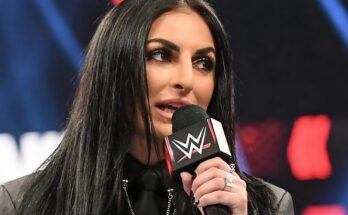