After tonight’s NXT 2.0 went off the air, Johnny Gargano said goodbye to the fans. As seen in the photos below, Kyle O’Reilly and Tommaso Ciampa went out to the ring to join him.

According to reports, O’Reilly shook hands with fans and he signed items for them before kissing the ring mat. Gargano was said to be crying for the entire time.

For those of you that missed it, at the end of this week’s NXT 2.0 broadcast, Gargano said that he will be a father in February and he is not sure about his future and that he will dome things here and there.

Gargano did not say that he wasn’t returning to NXT but he gave the impression that he was done. Grayson Waller attacked Gargano at the very end of the show so the door is open for them to feud if he decides to sign a new deal. If not, then Gargano put over a new talent on his way out.

The post-match goodbye’s also made it seem like Gargano is done. WWE wanted to keep him and they offered him a deal to stay but it looks like he will become a free agent by the end of the week.

Earlier in the night, O’Reilly lost to Von Wagner and it looked like he was written off the show. He seems likely to be headed to AEW.

The Miz Gets Exposed In Private Investigator Footage 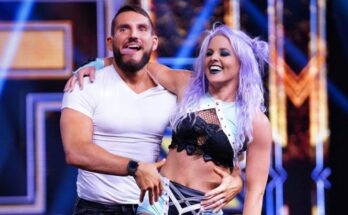