According to Dunne, he hopes one day to wrestle Bryan Danielson. Danielson made his AEW debut during last Sunday’s AEW All Out pay-per-view.

As noted, there is still no word on if Dunne has re-signed with WWE, but we do know he was offered a new deal last month.

In this Tuesday’s WWE NXT revamp episode, Dunne will be part of a Fatal 4 Way to determine the new #1 contender to NXT Champion Samoa Joe for a future title match. LA Knight, Tommaso Ciampa, Kyle O’Reilly will also be in the Fatal 4 Way. 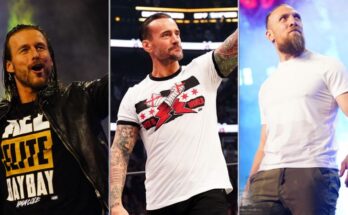