On a recent episode of Talk Is Jericho, the Inner Circle came together to reveal behind the scenes details from Stadium Stampede 2. The start of the match saw the Inner Circle rappel down from the scoreboard, but Santana revealed the original idea they had.

“When they told us we’re going to do Stadium Stampede 2 with The Pinnacle, that’s when we had started thinking of ideas, and we were all throwing out ideas, so the original idea that we all had was to have a helicopter fly over the stadium, lower and we all repel out of the helicopter like SEAL Team Six s**t,” Santana revealed. “And I remember when we had mentioned that to you, you were the first one to go, ‘Well, y’all can repel. That helicopters gonna lower that ass, and I’m gonna walk right out of it.’ And we all started giving you s**t. We’re like, ‘No, come on, you’re gonna be the first one to repel out.’ It was a an idea we all pretty much had agreed with.”

Jericho spoke more on the helicopter entrance and why they could not do it from a logistically and legal standpoint. He also revealed why they chose to rappel down instead of using ziplines.

“I think it might have been Tony [Khan] that was really anti-helicopter talking about Kobe Bryant. He just didn’t like helicopters and all that sort of stuff, but I remember that somebody told me, might have been Charlie, the mascot, Jackson DeVille, who I beat up last year, at the games repels from something and he ziplines. So I said, ‘So you mean rappelling and ziplining is an option?’ He said, ‘Yes.’ I said, ‘Well, that’s interesting. Let’s put that down on the list of things.’ So that’s kind of where that came from.

“I think we had thought, okay, we’ll zipline down onto the field, and then we’ll be ready to for battle. And they said, ‘That zipline you want to do is double the price of the rappelling,’ and when I say double the price, it’s 50 or 60 grand more expensive. So it’s big money. I was like, well, I guess we’re rappelling, not realizing exactly what that entails. We filmed most of our stuff during the day, and then we had to wait till it’s dark to film the beginning of the match.”

Jericho also revealed the idea behind the vests they wore.

“I think Jake [Hager] first had the vest because we had spoken about doing maybe The Warriors gimmick from the movie where they’re all wearing the vest, and Jake got one made,” Jericho revealed. “Ortiz’s boy and Santana’s boy made them and those things looked great on camera. They really did. That, to me, was maybe our best costume ever because you could fight in it.” 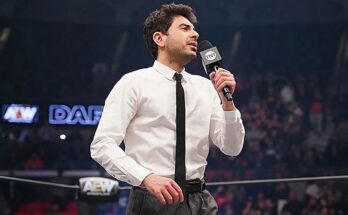 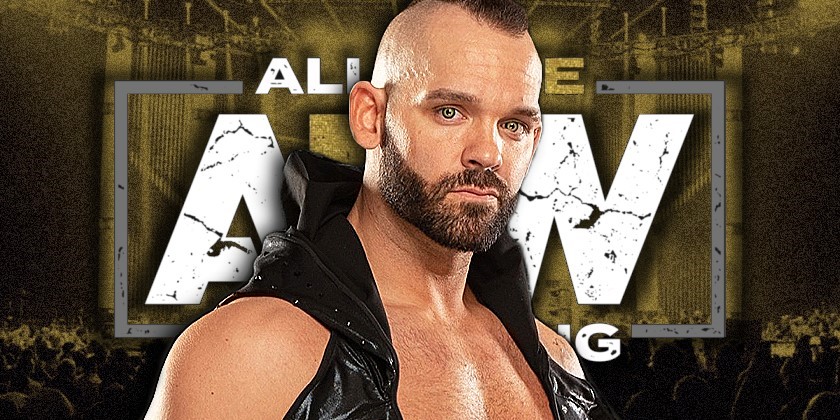