Vanessa Borne Talks WWE Release – A number of NXT talent were released yesterday including Vanessa Borne (Danielle Kamela). Bourne was reportedly called up to the main roster last year but was not used. Her release came to a surprise for some due to not being used on the main roster, but she had been at some NXT tapings.

“Hello friends family [and] fans, today I got the call that I will no longer be a WWE Superstar, which came as quite a shock to me considering all of the work I’ve done in these past 18 months,” Borne said. “First I was to thank the WWE for the opportunity these past five years. It’s been a fun ride. I also want to give a huge shoutout to all the people and fans who have supported me throughout my wrestling career. Your kind words never went unnoticed.

“To all of the haters and Twitter trolls, I want to thank you guys as well. You really motivated me and lit a fire within me, just kidding. You people f**king suck, be nice. It shouldn’t be that hard to be a decent human being to someone you don’t even know [Borne blows a kiss].”

“I’m really excited for this next chapter of me life and really excited to just be able to fully express myself,” Borne said. “There are so many do’s, and don’ts and faux pas in the wrestling business, and I feel like I finally don’t have to worry about what Captain Insano said in 2007 or if another one of my visionary ideas is going to be given to someone else. I can just be myself.

“I have no hard feelings, no animosity, just a lot good energy and love. I feel good walking into this next chapter, and I hope you are all there to witness it. Oh, and one other thing, I am disappointed that I didn’t get the chance to do in the WWE and that’s wrestling zombies [sighs and shoulder shrugs], shucks.” 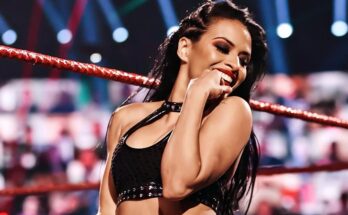