Possible Plans For Eva Marie In WWE – WWE has been airing vignettes to hype the return of Eva Marie on Monday Night Raw since earlier this month.

Fans have been wondering what the plan is for her after her vignettes are done airing as it’s been reported Marie has been training with NXT recruit Parker Boudreaux down at the WWE Performance Center. She did wrestle during her first tenure in WWE.

Fightful Select reports “the working plan isn’t for her to wrestle, but to use as a vehicle to help get another female talent over.”

It was said the deal to bring Marie in was worked on for a long time before her vignettes appeared. It was added that her returning to TV had no impact on WWE releasing other women’s wrestlers due to her signing with the company last year.

WWE has been using the term, “Eva-lution” as the tagline in these vignettes, which WWE filed a trademark for this month. 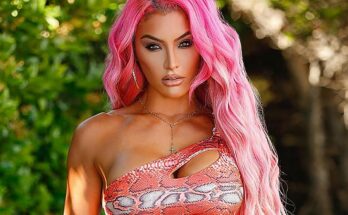