At this past weekend’s WWE WrestleMania Backlash pay-per-view, Damien Priest squared off against The Miz in a match involving Zombies as Lumberjacks. Although the Zombies were used to promote Batista and Zack Snyder’s new “Army of the Dead” movie on Netflix, the match received heavy criticism online.

Booker T spoke on The Hall of Fame Podcast about the match and gave it a new nickname. Booker also said it was like having a commercial inside of a wrestling match.

“That’s what everybody is talking about on the internet,” Booker said. “The ZomberJack match. Sounds good right?

“It’s like doing a commercial or doing something for a movie and we do it live. I’m all down for getting a check and tying it into my product, my show. We don’t know how much more money will be dished out later. Batista made some money perhaps as well doing the voice over kicking the show off.”

Chris Jericho took to Twitter after the match roasted WWE for it, saying it set wrestling back 30 years. Booker commented on Jericho’s remark, saying it was Jericho’s way of getting back at a WWE official that had reportedly used that same quote regarding AEW’s Blood and Guts match.

“I understand the jab back,” Booker said. “But Chris Jericho knows that thing was about getting a check. It was about a promotional tool to actually get this out there to get people to the drive-in or movie theatre to see this thing. I totally understand it, but a lot of people from the outside looking in when they see something like that they go this is corny, this is cheesy.”

Booker noted that Vince McMahon ultimately has the final say and at the end of the day it’s Vince’s company, and he knows what’s best.

“This is entertainment,” Booker said. “How many times have you heard me say that’s their stuff. If I want to run something, I’ve got to create my own. That’s why I created Reality of Wrestling, just so I can call the shots, create the storylines, the angles I want to do, the angles I always wanted to do, that’s the only way.

“But when you’re dealing with somebody else’s stuff, that’s theirs, they’re going to do it their way. Just get it, understand it because I don’t think that’s ever going to change.”

Booker ultimately gave the most praise for the match to The Miz, who unfortunately suffered an injury during the match that’s could possibly take him out of action for 7-9 months. He noted that he hung out with the Miz and he praised Miz to his face for his involvement in the match, as well as for his feud with Bad Bunny.

“I talked to The Miz yesterday,” Booker said. “He was actually hanging out with me and Ric Flair at the bar along with Peter Rosenberg, we all got out of the building a little early and I just wanted to compliment The Miz on the Bad Bunny match. Being able to go out there and be a general and work that thing and work it to the utmost, make that kid look better than he ever could himself. Those guys, as far as a tag team goes, they go out there and do their job on a weekly, monthly, yearly basis.

“People wonder why The Miz has stuck around for so long, this guy is all about going out there and getting the job done no matter what. Miz was talking about the night they had to do a pay-per-view, they had to come out and do a rap song and he said they got to the building that day and were told ‘Y’all are going to be rapping tonight.’ This is somebody that’s never done a rap before. You’ve got to go out on television, him and Morrison and do it live. Do you know how nerve racking that is? Can you imagine? The guy is good, I give The Miz props, not only for [WrestleMania Backlash] but what he’s been doing for the last 10 years.” 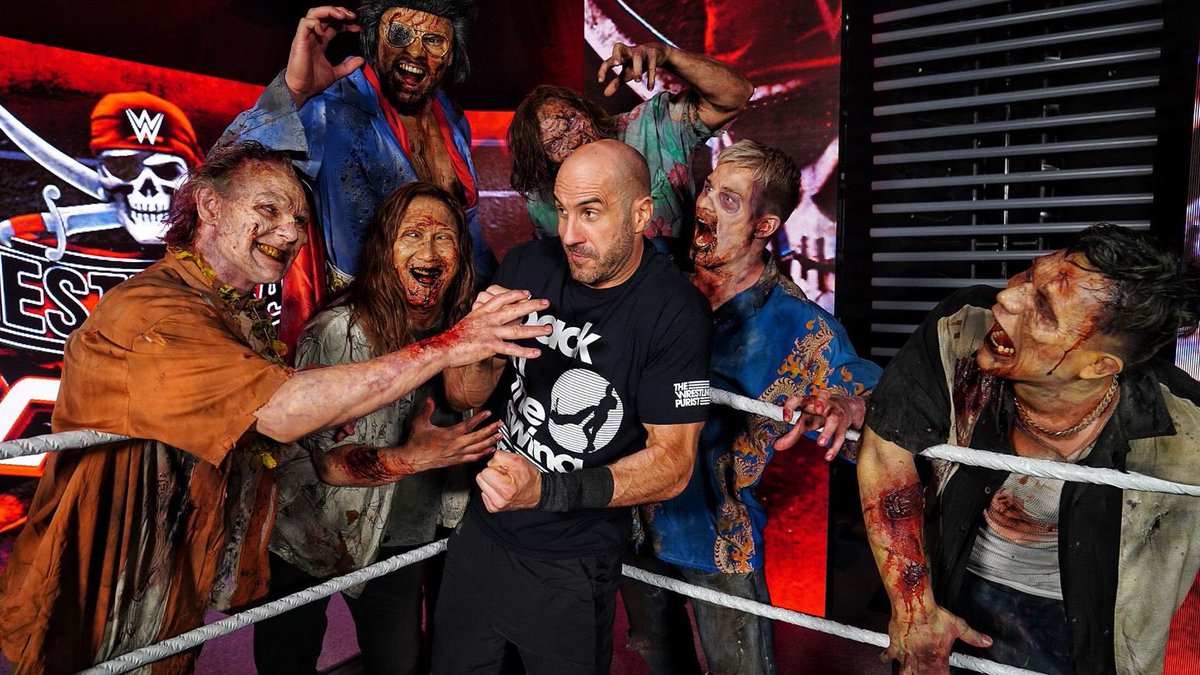