Arguably WWE’s top star from mid 2018 till 2020, Lynch hasn’t been seen on WWE programming since May 11 of last year, where she vacated the RAW Women’s Championship after learning she was pregnant with her and boyfriend, WWE star Seth Rollins’, first child. She gave birth to a girl, a daughter named Roux, last December.

Last month, WWE President and Chief Financial Officer Nick Khan said both Lynch and former WWE RAW Women’s Champion Ronda Rousey would be returning to WWE shortly. Rumors quickly sprang up, teased by Lynch herself, that she would appear at WrestleMania 37 in a segment with Bayley; she would ultimately not appear on either night of WrestleMania. Rousey meanwhile announced she was pregnant with her first child only days later, putting her return on hold indefinitely.

While Lynch’s return is unknown, it will more than likely be with WWE. Lynch had reportedly quietly re-signed with the company sometime in the last month. She had previously signed a deal with WWE in the summer of 2019 for a contract that reportedly paid her up to $1 million annually.

You can see the Instagram photo of Lynch below. 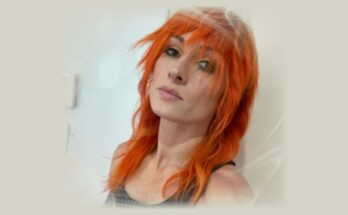