Live pro wrestling events could return to the states of Texas and Mississippi soon.

Governors in both states announced this week that they are rescinding mask mandates and re-opening businesses and schools due to a drop in COVID-19 cases.

Texas Governor Greg Abbott announced on Tuesday that he was lifting the mask requirement and allowing businesses to fully re-open.

“It is now time to open Texas 100 percent,” Abbott said, adding that, “Covid has not suddenly disappeared,” but state mandates are no longer needed.

Mississippi Governor Tate Reeves said his latest executive order to ease restrictions will be one of his final orders related to COVID-19. It allows businesses to operate at full capacity without any state-imposed rules.

“I am replacing our current orders with recommendations,” Reeves said. “The only rules that will remain in this order are a capacity limit of 50% on indoor arenas and those that govern K-12 schools.”

This follows a trend around the country of governors and mayors deciding what is feasible, what is safe, and politically practical, according to the New York Times. Chicago public schools have re-opened while restaurants in Massachusettes were allowed to operate without capacity limits, and South Carolina has done away with its limits on large gatherings. San Francisco is allowing indoor dining, museums, movie theaters and gyms to re-open on a limited basis. Other states have been slowly re-opening for several months now.

Michigan’s Governor Gretchen Whitmer announced on Tuesday that she was easing restrictions on businesses and allowing family members who have tested negative for COVID-19 to visit nursing home residents. Massachusetts Governor Charlie Baker also announced that while residents should continue to wear masks in public, it’s time for more limits on businesses to be eased.

Kentucky Governor Andy Beshear stated last week that the state’s falling infection statistics show that immunizations are beginning to have an impact. Most school districts in Kentucky are now offering in-person classes.

We could potentially see pro wrestling companies like WWE and AEW begin running in Texas after Wednesday, March 10 when Governor Abbott’s lifting of limits goes into effect.

WWE previously indicated that they could return to live events with fans later this year, but it remains to be seen if plans will change as more states re-open. WrestleMania 37 is expected to run with limited capacity on Saturday, April 10 and Sunday, April 11 in Tampa, Florida at Raymond James Stadium. 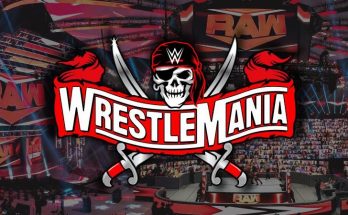 WWE Wrestlers Quarantining Themselves Ahead of WrestleMania 37