Paul Heyman recently appeared on Ariel Helwani’s MMA Show and provided an update on free agent Brock Lesnar’s WWE future and when he expects The Beast Incarnate to return to the squared circle.

Although Heyman ruled out a comeback to the UFC, he said Lesnar returning to WWE would depend on a number of factors.

“It depends on if there’s a worthy challenger and enough box office appeal,” said Heyman. “Right now, he’s very happy being a farmer and a magnificent father to his children. However, if there’s something that WWE can offer that intrigues, motivates, or inspires Lesnar, and if the money is right and the business is solid, I’m sure he would be willing to do it,” he added.

Paul Heyman also confirmed that Lesnar is still a free agent because an intriguing deal from WWE has yet to come his way.

“At this moment, it [a comeback] hasn’t happened because it [a worthy offer] isn’t there. Again, the world changes with the snap of a finger. It could be tomorrow when Lesnar says, ‘Oh, that intrigues me.’ Again, its not just a sound byte, but Brock Lesnar does what Brock Lesnar wants to do.”

Lesnar has been off WWE TV since losing the WWE Championship to Drew McIntyre at WrestleMania earlier this year. 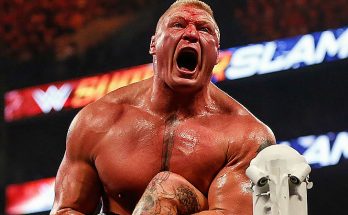