This past Monday was an eventful for Natalya. The daughter of Jim ‘The Anvil’ Neidhart ended her partnership with Lana, was drafted to Friday Night SmackDown, and lost a tooth in the dual-brand battle royal. Speaking on Table Talk w/ DVon, the former SmackDown Women’s Champion shared that this is not the first dental injury she’s suffered inside the squared circle.

“This is the second time in a wrestling match that I’ve lost a tooth,” Natalya said. “I lost my front teeth a few years ago upon some impact in the ring maybe three, four years ago. I was in Las Vegas. Had to get those fixed at an emergency dentist at midnight. It was quite fun.”

Monday’s injury occurred when newly red-branded superstar Lacey Evans landed a stiff strike to Natalya’s mouth. According to Natalya, she has no ill-will towards the Sassy Southern Belle.

“This past week on Monday Night RAW, I got kicked in the mouth by [Lacey Evans], and do you know what’s funny? Because people were asking me, ‘Are you mad at Lacey [Evans]?’ and the truth of the matter is, is no, because it’s wrestling.

“It is not a ballet. It’s really, really–I mean, ballet is tough too, but it’s hard as hell and when we get in there, it’s go time and the girls don’t play. I think sometimes, I think sometimes, the girls hit harder than the guys and Lacey’s a big girl. She’s a strong girl, she’s a bada– and she booted me. She booted me in the tooth and fractured my tooth and it was gone. So, I got backstage and I was like, ‘Oh my God! I lost a tooth!'”

Outside the ring, Natalya has been a mainstay of hit reality show Total Divas. She has been a leading cast member on the show for all nine seasons. When asked if she has any pans to appear on this season of spin-off Total Bellas, Natalya says she is going to sit this one out.

“This season, no,” Natalya said. “I think the twins have been very smart about–just especially with the new babies and everything and their mom has been going through a lot with her. She had a tumor removed from her brain and so, I think that for them, they’re being very careful about just keeping it a really small group, which is smart. I mean, again, with the pandemic, everybody has to be so smart, including us at WWE. As DVon knows, the testing is so strict and only a few people could enter the building at work and so, I would absolutely love to make cameo on Total Bellas, but I do understand that they’re keeping it a very tight ship as far as people.”

Natalya Gets Tooth Knocked Out By Lacey Evans On RAW (Photo) 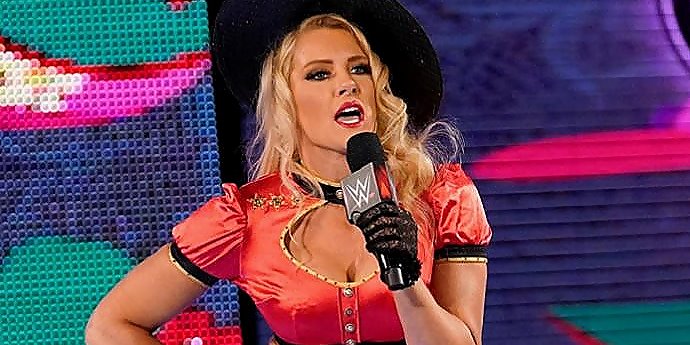 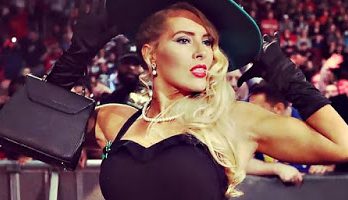