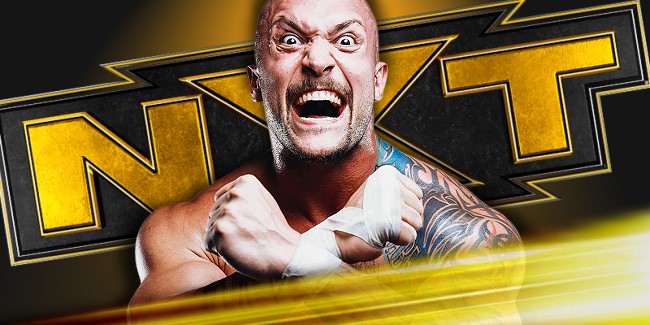 Karrion Kross and NXT Champion Keith Lee did not appear on tonight’s NXT episode, but WWE did air a lengthy video package to promote Saturday’s match.

Triple H re-tweeted the video and told fans they don’t want to miss the match. The video package includes Metallica’s “Moth Into Flame” single, which is the Takeover theme song.

“Father Time catches up with us all. VIII • XXII • MMXX : #Doomsday,” he wrote in a follow-up tweet.

On a related note, fans on Twitter were speculating that the WWE Shop Twitter account may have spoiled Kross vs. Lee by posting an advertisement that featured Kross and Scarlett, with the NXT Title belt over Kross’ shoulder.

While WWE Shop deleted the post shortly after making it, it’s likely that this was not a slip-up as the official NXT Instagram account posted the same graphic 4 days ago and it is still live as of this writing.

The NXT Instagram graphic is captioned with, “Tick tock. Is it only a matter of time? [red X emoji] [hourglass emoji] [skull emoji] #WWENXT #NXTTakeOver”

Below is the full promo for Kross vs. Lee, along with the graphics with Kross and Scarlett, plus Triple H‘s comments:

Father Time catches up with us all.

Tick tock. Is it only a matter of time? ???? #WWENXT #NXTTakeOver