Former WWE and ECW star Justin Credible has been arrested for the third time this year.

Credible was arrested on Tuesday and charged with multiple charges, including misdemeanor assault, breach of peace, criminal mischief and three charges of violating a protection order, according to Pro Wrestling Sheet. Credible reportedly lives with his family but some of the family members in the home have protection orders against him, in case of an incident. This could be why there are multiple violations of the protection order.

The Connecticut VINE website notes that Credible is currently in custody at the New Haven Correctional Center under a $50,000 bond. 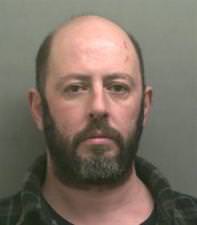 Credible was arrested in August and September for various domestic charges, and he spent some time incarcerated. Pro Wrestling Sheet reports that sources say Credible has had multiple run-ins with police since he was last arrested in September.

Credible also allegedly walked away from going to rehab, which was being sponsored by WWE.

Below are some of Credible’s recent tweets:

Bunch of crazy motherf–kers. Pull the tape worm out of your ass.

Just hanging out at Naugatuck River in Connecticut. Simple things in life can be beautiful https://t.co/mMhBQhKk0T

Right now! Just soaking up the day. What a beautiful life this can be if we just sit back and watch. #credibledocumentary #justincredible #ecw #wwe Beyond the Staples Center you see you America! #plasticExistence you like to push the week around. Have fun ?? pic.twitter.com/o1oGzZ2FPp