Bronson Reed Reacts To His WWE Return – Bronson Reed (JONAH) has commented on his WWE return after making his main roster debut on Monday’s episode of Raw.

It happened when he laid out Dexter Lumis in Lumis’ ladder match against The Miz. Reed helped Miz retrieve the bags of cash suspended above the ring.

In a video that WWE shared after the show, Reed demanded his payment. After The Miz handed Reed one bundle of cash, Reed took another. Reed shared that video and also commented:

Reed was part of WWE NXT from 2018 to 2021 and is a former NXT North American Champion. Despite an impressive push and rumors of a main roster call-up, Reed was released in August 2021.

Reed last wrestled for WWE in July 2021 on an edition of NXT, losing to Adam Cole. He went to work for Impact Wrestling and found success in NJPW. 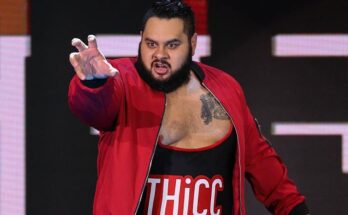