Randy Orton Underwent Lower Back Fusion Surgery – Fightful Select reports that Randy Orton had required a fusion in his lower back that will keep him out of action for an extended period of time. The surgery has already happened, something his wife had indicated on social media.

Some in WWE said they’d be fortunate to have him back after such a long career and the significance of the injury. When he was initially injured, Orton insisted he would eventually return, although there are currently no creative plans for Orton and no timetable for his return.

Randy Orton has been away from WWE television since May with a back injury and probably isn’t returning any time soon. It was originally believed that Orton had a “significant” injury and was expected out through the end of the year.

Orton is contracted through 2024, but it’s unclear whether the contract time could be added or frozen due to injury.

His last match happened on the May 20 episode of Friday Night SmackDown when RK-Bro dropped the Raw Tag Team Titles to The Usos in a unification match. Post-match, Orton was laid out by The Bloodline to write him off television. 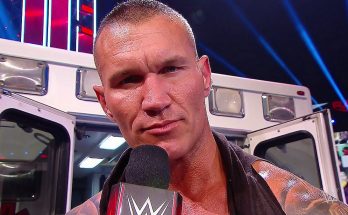