Toni Storm’s WWE departure reportedly came as a major surprise within the company.

As noted, it was revealed this evening that Storm requested her release from WWE, and it was then granted. She reportedly flew herself home from Baltimore earlier today, where she was for tonight’s WWE live event.

In an update, word via Fightful Select is that many people within WWE were “blindsided” by the news of Storm asking for her release.

It was noted by one source how it would’ve been difficult for WWE justify not granting someone their release after several rounds of “budget cuts” in the last year. As noted, the internal memo issued today to announce Storm’s departure to the roster did not mention budget cuts, and her name was the only one listed.

Storm is likely under a 90-day non-compete clause, which would make her a free agent from WWE when it expires on Tuesday, March 29. There is no word yet on what she has planned for her future.

Storm had been involved in a blue brand feud with SmackDown Women’s Champion Charlotte Flair as of late, which makes her departure more of a surprising one. Flair retained over Storm during last Friday’s Christmas Eve edition of SmackDown, and they then worked this week’s live events in Orlando and Washington, DC, competing in Triple Threat title matches with Sasha Banks. Storm’s last match came on Tuesday in DC.

Storm first started working with WWE in the summer of 2017, for the inaugural Mae Young Classic. She signed with WWE in May 2018, and competed in the WWE UK Title Tournament event. She later won the 2018 Mae Young Classic at the all-women’s Evolution pay-per-view. Storm later worked the NXT UK brand before being called up to the main NXT brand in the United States during the fall of 2020. She was called up to the main roster this past summer, and made her SmackDown debut with a win over current WWE Women’s Tag Team Champion Queen Zelina Vega on July 23. Storm leaves the company as a one-time NXT UK Women’s Champion. 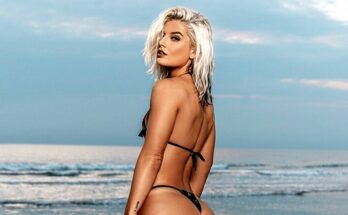